The Tin Can Collective - "Strange Times" 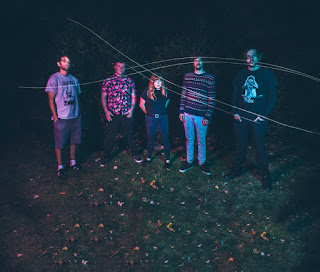 The Tin Can Collective are an emo band, or, at the very least, a melodic punk band. However, with their latest single the Long Island based band are going to push away the emo faithful and appeal to those that aren't traditional emo fans. "Strange Times" is a loud rock song. It starts off with an almost metal introduction complete with discordant horns. The vocals end up being both melodic and discordant at the exact same time. "Strange Times" sounds like if your favorite noise rockers decided to try to make an emo song but took a slight detour into metal. It's the kind of song that sounds like it's just desperately waiting for an excuse to explode into complete chaos, but just when you think its about to it gets a little more melodic.

In a press release, John Warren of The Tin Can Collective says the song "...encapsulates a lot of the central themes of the album- existential dread, loathing of the corporate world, and trying to function in society while masking depression and anxiety."

You can listen to "Strange Times" below. Axiomatic Alarm Clock is due out July 16. You can pre-order a copy over at Bandcamp. For more on The Tin Can Collective, check out their Facebook.