L'Orange - "Durbin Was a Trap House" 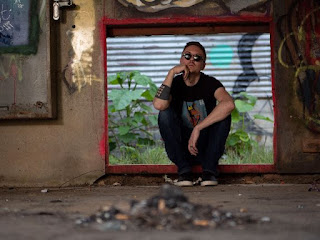 L'Orange can do no wrong. The hip hop producer has been on fire the past few years, releasing amazing collaborative albums with Solemn Brigham, Jeremiah Jae, Namir Blade, and more. For his upcoming album, he's going solo and releasing instrumental tracks. The first single from the album is "Durbin Was a Trap House." There are some sampled vocals, so it's not 100% instrumental, but we won't hold it against him. The song is a laid back, jazzy, and funky hip hop track. Even if instrumental hip hop doesn't sound appealing to you, you're going to get into this. L'Orange has bought himself some leeway with his last few albums. He's earned for us to give anything he touches a shot, and he has yet to disappoint us.

L'Orange says of the new song:

You can watch the video for "Durbin Was a Trap House" below. The World is Still Chaos, But I Feel Better is due out September 3 on Mello Music Group. You can pre-order/pre-save a copy here. For more on L'Orange, check out the artist's website.

Email ThisBlogThis!Share to TwitterShare to FacebookShare to Pinterest
Labels: durbin was a trap house, Ken Sears, l'orange, mello music group, the world is still chaos but i feel better