And we're back! We got a few good new releases to start out the new year, so let's dive right in. 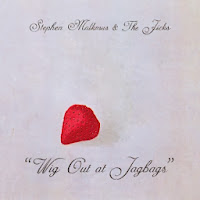 Stephen Malkmus and the Jicks - Wig Out at Jagbags: I was never really a fan of Pavement, which I understand is indie rock heresy, but there it is. His first solo album, however, really did it for me. Loved a lot of the songs on there, and it remains a favorite to this day. I haven't loved much more of his solo output, so this new album wasn't something I was expecting to enjoy. Thankfully, if you want to call it a "return to form," or just a solid release, you could do any of that. Wig Out at Jagbags is a solid effort from start to finish, offering a lot to like in songs like "Lariat" and "Cinnamon and Lesbians" while not sticking around so long that you want to give up. Definitely worth a listen, especially if you've been away from the Malkmus stuff for a while. 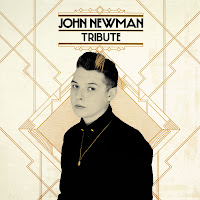 John Newman - Tribute: John Newman hit the scene recently with electronic act Rudimental, getting a #1 song in the UK with "Feel the Love," a killer song. Newman put out an EP last year with four songs, and his first full-length, Tribute, finally gets a United States release this week. Unfortunately, the four songs on the EP are the standout tracks on what ends up being a bit of a downer of an album. Feels like a lot more filler than really anything, which is especially disappointing given that every song he's released up to this point has been stellar. The British 1960s revival singers keep on coming, and it will be interesting to see if Newman has staying power, but for the moment... 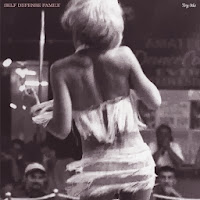 Self Defense Family - Try Me: Self Defense Family, formerly End of a Year, puts out an album that has a lot going for it from time to time, doing the sort of spoken word rock music that sometimes works and sometimes doesn't, but then the album is dragged down by 20 minute monologues, turning the album into less of a musical experience and more of an art project. You might be into this sort of thing, you might not, but it's an album that works in some ways and not in others.

* Peter Gabriel - Scratch My Back and I'll Scratch Yours
Posted by Jeff Raymond at 7:30 AM

Email ThisBlogThis!Share to TwitterShare to FacebookShare to Pinterest
Labels: john newman, self defense family, stephen malkmus and the jicks