A lot of new releases to get through this week, so let's not waste any time: 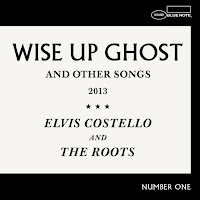 Elvis Costello and The Roots - Wise Up Ghost: Probably the most anticipated release around these parts is the Costello/Roots collaboration Wise Up Ghost. Elvis Costello has never been shy about trying other genres out, and this is surprisingly not what I expected. It's got its R&B hints, to be sure, but it almost feels like a structured jazz record in a sense, and The Roots have a significant amount of influence on the proceedings. It's definitely an interesting listen, but I'll be honest - as a fan of both Costello and The Roots, I can't say whether or not I'm actually enjoying this one. 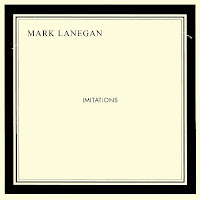 Mark Lanegan - Imitations: My first exposure to Mark Lanegan was when Screaming Trees opened for Oasis way back in 1994 or 1995. Since then, I've heard him on plenty of things, but my exposure to him has mostly been his collaborations with Belle & Sebastian's Isobel Campbell. Imitations is a series of cover songs done in a very stark, acoustic way, and...I don't know. Part of it may be my overall unfamiliarity with a lot of the takes (the songs I do know, like "Mack the Knife," are interesting enough), but this seems more like a sleepy piece than anything else. Good for fans of his, I'm sure. 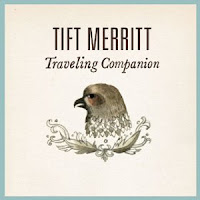 Tift Merritt - Traveling Companion: A release in part of a box set release of her album Traveling Alone from last year, this is an acoustic companion piece that's also being offered individually for those of us who jumped on the Tift bandwagon early. It's a pleasant listen, and a lot of my favorite Tift Merritt songs tend to be stripped down and folky anyway, so this is ultimately right down my alley. If you haven't heard Traveling Alone, it was a highlight of last year's releases for me, and this is a good entry point to check it out. 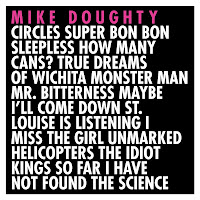 Mike Doughty - Circles: Mike Doughty has been pretty clear that he was unhappy with how a lot of the Soul Coughing songs ended up, and, given his drug-addled existence during the time, he decided to try and pull the songs apart and put them back together the way he intended. On one hand, this is an interesting exercise to hear a songwriter go through, and the album works as long as you're in on the concept. On the other, as a fan of Soul Coughing, hearing a lot of these songs outside of the Soul Coughing oeuvre is a little jarring, especially given how unique they were as a musical entity. If you've read The Book of Drugs, you probably can't blame Doughty for this project at all. This is an interesting curiosity, though. 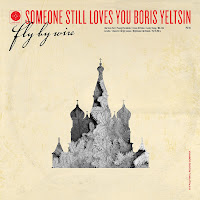 Someone Still Loves You, Boris Yeltsin - Fly By Night: From the best band name on the planet comes a new album. We hadn't heard from them in some time, and while this album isn't nearly as hooky as its predecessors, it definitely has an early fall feel to it and sounds right at home with so many other Polyvinyl albums as of late. Not too much else to say, a very pleasant album. 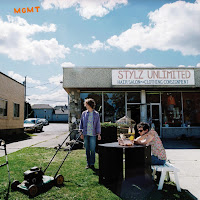 MGMT - MGMT: After how great Oracular Spectacular was, with "Kids" and "Time to Pretend" and "The Youth" and all that, Congratulations was a major step backwards. I was thus a little - well, actually, a lot - tentative about their self-titled third effort. "Your Life is a Lie" showed a sort of middle ground between their first two albums that MGMT ultimately spends its runtime balancing just that, with an interesting listen that doesn't bring out anything extremely memorable on first listen, but also doesn't seem to shift things away from what we expect. This will certainly get more time from me in the future.

* Sebadoh - Defend Yourself (I expect Ken will have something to say about this later this week)
* Placebo - Loud Like Love
* The Naked and Famous - The Rolling Waves
* Crystal Stilts - Nature Noir
Posted by Jeff Raymond at 7:30 AM