A surprisingly great week this week. 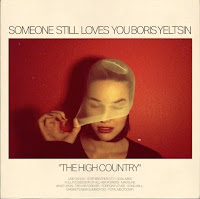 Someone Still Loves You Boris Yeltsin - The High Country: I confess to not having followed SSLYBY all that closely, but when did they become a fun power pop band? This is a breath of fresh air from this band - it's very straightforward yet has enough interesting wrinkles to throw some curveballs your way. A really solid album.

Girlpool - Before the World Was Big: I love this Girlpool album. It's like a weird, interesting mix of early-aughts anti-folk and Tune-Yards mixed with some real pop sensibility. I found this to be an utterly compelling listen from start to finish, and I'm really looking forward to getting back to it. It's not the best release of the week, but it's absolutely the one everyone should be listening to. 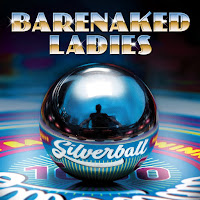 Barenaked Ladies - Silverball: It's been roughly a decade since I've really enjoyed much that BNL has done, and especially since Steven Page left, it hasn't really been something interesting for me to keep up with. Still, a new album and Spotify had me give this a shot, and I'm really glad I did. It feels like BNL in a way a lot of the recent stuff (and, heck, a lot of BNL period) hasn't, and while it feels weird to listen to a new BNL album after all these years, it's actually well worth the time. You might not love it, it may not hit the right nostalgia notes for you, but I certainly enjoyed it quite a bit. 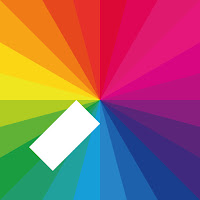 Jamie xx - In Colour: One of the better releases of the week, it's kind of surprising that In Colour is Jamie xx's first solo album release given how ubiquitous he's been on the DJ/remix scene. It's definitely more mainstream than the first xx record, better than the second xx record, and is a really good slice of electronic music. As someone who likes his electronica a little more complicated at times, the balance Jamie xx strikes here is pretty great. It's a really solid album on a whole. 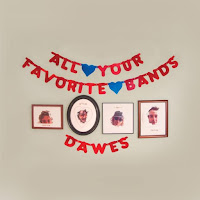 Dawes - All Your Favorite Bands: Dawes is a really weird band for me. I got into them around the same time I got into The Avett Brothers, and their first two albums were really accessible roots-influenced rock music. The more recent stuff has really trended more adult alternative, which is all well and good, but it also feels almost too polished for what I'm looking for. People who love Dawes, though, really love Dawes, and they've made a perfectly good album that's out this week. It's just extremely overshadowed by some of the much better stuff being released, both this week and in their genre. 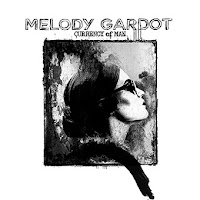 Melody Gardot - Currency of Man: I enjoyed Melody Gardot's previous album, so firing this up was an automatic for me. Currency of Man is definitely more of a jazz chanteuse record in a lot of ways, so that might be an immediate turnoff for you, but, for me, it was one of those albums I was very glad to have heard and will certainly have a spot in my rotation for a while. A nice, light listen for this week. I recommend it. 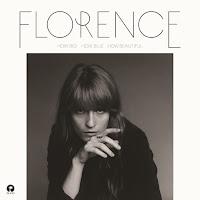 Florence And the Machine - How Big, How Blue, How Beautiful: On one hand, this is probably the closest to an arena rock record Florence and the Machine are capable of. On another, this is a really great album, maybe their best from a cohesive songwriting standpoint, and I feel like there is a definitive Merchant-era 10,000 Maniacs vibe coming from this band, and I am more than okay with this. While bands sometimes tend to go weird as they gain success, Florence has taken a moment to go mainstream a bit, and that alone makes it worth a listen, never mind that you'll probably end up liking this one. 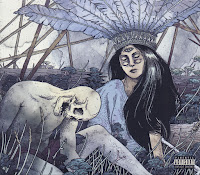 Jedi Mind Tricks - The Thief and the Fallen: Jedi Mind Tricks have apparently been around for a while, but this is the first exposure to them I can recall, and wow is this great. I've talked about some of the recent rap albums I've liked, and this is ultimately what I've been looking for in a rap album. First song in and I was absolutely hooked, and I stayed locked in through the entire thing. It feels new while still being a bit of a throwback, which is a hard balance to achieve than JMT pulls it off. Absolutely my favorite album of the week, and worth a listen if you have any interest in rap music at all. 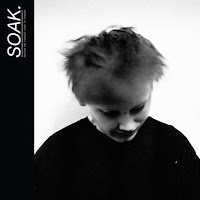 SOAK - Before We Forgot How to Dream: Easily the most buzzed about release of the week, I'll be honest and say that I don't know exactly how to categorize this one. It's quite good, with some complicated things going on behind this young singer-songwriter album, and, while it's good, it does feel like it misses the true cohesiveness we might be looking for from an album like this. With that said, it's definitely worth a listen and might end up being a grower of sorts. I'm looking forward to spending more time with it. 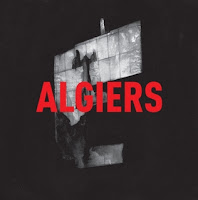 Algiers - Algiers: I don't quite know what Algiers is trying to do, and listening to how all over the place the album is, I wonder if they are, either. It's an album that has a few solid moments (I was intrigued by "Old Girl" on first listen), but the album really doesn't define itself well enough to fully work. In a week with a lot of better, more interesting releases, this is a pass. 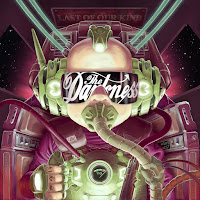 The Darkness - Last of Our Kind: It's interesting to see The Darkness, who made their splash in aping the sort of overwrought hair metal we all like to make fun of, actually somewhat succeed in making an overwrought hair metal album. It still feels like the joke has passed and long stopped being funny, and you can't help but get a Spinal Tap vibe from the whole thing, but there's still something endearing about this album in spite of all that. I'm not sure if I can recommend it, but it's an interesting listen nonetheless. 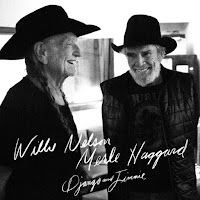 Willie Nelson and Merle Haggard - Django and Jimmie: How Willie Nelson (and, I guess, Merle Haggard) continue to crank our quality music, I have no idea. Both men are well into old age, and it still feels as easy as ever. This album is like a warm blanket, a pallet-cleanser of sorts, and has some charming little songs along with nice tributes to some of their musical friends. It's a fun little album, absolutely worth a listen if you have time or a soft spot for it.
Posted by Jeff Raymond at 7:30 AM