Ransom Pier - If They Can't Take a Joke 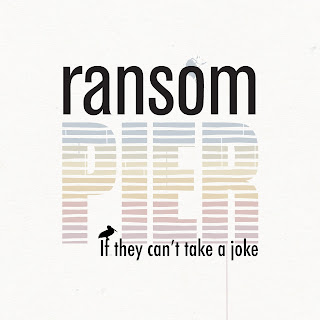 Queens, NY's Ransom Pier blew me away with their first single, "Turn Your Head," and quickly threatened to become a blog favorite, which is pretty amazing for a band that formed earlier this year. Well, they're about to release their debut EP, and I'm pretty sure they've reached blog favorite level. They mix this great combination of indie roots and soul, which is something I didn't know I needed in my life.

The album starts off with "I Must Say," which is a mixture of The Black Crowes' The Southern Harmony and Musical Companion and Sallie Ford. They have this great classic folk-rock sound while sounding completely modern. It's perfect for anyone who likes any portion of the Americana genre. "Love's a Bitch" might be one of the best soul anthems of the year, second only to Leon Bridge's album. This is a great debut, even if how recently the band formed drives me a little insane.

If They Can't Take a Joke is due out on August 13. You can pre-order and preview two tracks on Ransom Pier's Bandcamp. Also, be sure to check out their website.

Email ThisBlogThis!Share to TwitterShare to FacebookShare to Pinterest
Labels: if they can's take a joke, Ken Sears, ransom pier