After a few slow weeks, the record companies are apparently back to work. Plenty to look at this week: 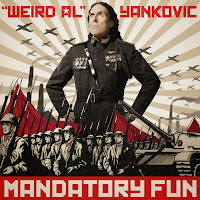 "Weird Al" Yankovic - Mandatory Fun: "Weird Al" is basically a musical institution at this point, so if you're into what he does, you already know it. For me, this album was an improvement over Alpocalypse in part because I (unfortunately) know a lot of the songs he's pardodying this go 'round - it's less rap/R&B heavy and it has a lot of songs that were tough to miss. The polka is, of course, superlative as well. As I said, you know what you're getting with "Weird Al," so your enjoyment will be based solely on that, but for me? I'm glad he's still doing what he's doing. 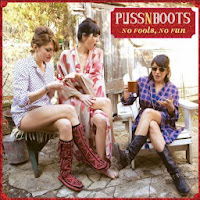 Puss n Boots - No Fools, No Fun: Norah Jones continues being a chameleon of sorts, this time collaborating with two other women to form Puss n Boots, a traditional country band. The songs are good and unexpected without being out there - it's a very traditional country album in many regards. It didn't work for me, but it's more my own personal preferences than the musicianship. Definitely something you should give a shot if you're a fan of Jones or the style. 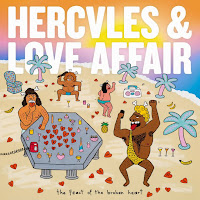 Hercules and Love Affair - The Feast of the Broken Heart: I'm new to the Hercules and Love Affair bandwagon, having tripped up on "Leonora" from their/his 2011 effort earlier this year. The new album feels like a very straightforward electronic album, and that's not a bad thing at all, but if you're looking for something more groundbreaking or something more in line with the current electronic tastes, this won't be it. Truly, that might be why I enjoyed this so much on first listen, because it's got a solid traditional vibe to it. Worth a listen. 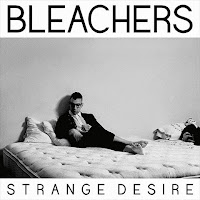 Bleachers - Strange Desire: Bleachers is the solo project of fun./Steel Train member Jack Antonoff. It's a little poppy in some places, a little artsy in others, so as a semi-indulgent solo project, it's a lot of what you'd expect. The good news is that, especially if you're a fan of either of his main projects, there are a lot of really solid highlights to pull out of here, and as someone who wasn't a big Steel Train guy and really didn't love fun.'s second album, I was surprised to find a lot to like here. Where this will end up, I don't know, but in terms of interesting releases this week, this is definitely one of them. 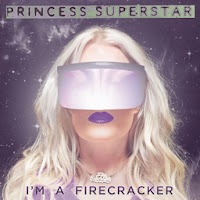 Princess Superstar - I'm a Firecracker: I had not heard of Princess Firecracker at all until this week, and I figured it would be something kind of strange, and instead I think I'm in love. I'm a Firecracker is an EP that essentially sounds like if Peaches did party rap, and it's awesome. I really liked the first couple songs, and then her version of "Chick Habit" comes on and I'm sold. I'll probably be tearing through her back catalog for the rest of the month, so if you're looking for me, that's where to find me. Highly recommended. 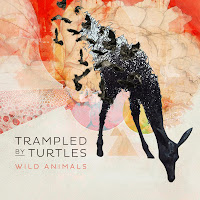 Trampled by Turtles - Wild Animals: Your enjoyment of the new Trampled by Turtles album will likely bank on a) your enjoyment of the earlier, almost punk-flavored bluegrass of TBT's earlier work and b) your tolerance of the more deliberate bluegrass of many other groups and artists. The new album is the latter, and if you're expecting "Wait So Long" again, it's not here. It feels a little transitional, especially taking into account their more recent output, so this is certainly worth a listen, but one with caution. 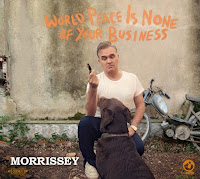 Morrissey - World Peace is None of Your Business: A few confessions, first - I'm not a big Smiths guy, and I've never truly "gotten" Morrissey or The Smiths. My favorite Smiths song is probably "Panic," and the only solo stuff from Morrissey I've really enjoyed were the first few songs off of his previous solo album. So when encountering this album, I have a lot of the same feelings I have when it comes to his latest album. It sounds good, but it doesn't move me or work for me at all. Taking that into account, it's probably a "If you like Morrissey..." thing here, with the "recent solo work from an aging artist" caveat. 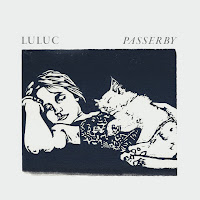 Luluc - Passerby: I don't know a lot about Luluc except that this album was recommended to me. It's pretty good sleepy folk pop, and there's a lot of times that I'm into this. The final song in particular, "Star," is one of the better things I've heard in a while so, overall, a good listen.

* My Brightest Diamond - None More Than You
* Anna Calvi - Strange Weather
Posted by Jeff Raymond at 7:30 AM