Unfortunately, we have another slow week. Thankfully, one of the comeback releases might be among the best of the year! 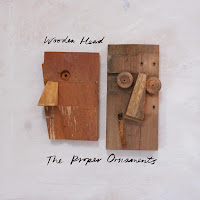 The Proper Ornaments - Wooden Head: In some ways, Wooden Head is the stereotypical modern indie rock record, with accessible instrumentation and an interesting-sounding lead vocalist. That does, however, not do this album justice, as it's truly a solid record from start to finish. While no songs outright jump out at me on first listen, the very first track hooked me in within 30 seconds and I genuinely enjoyed this. Would be worth a listen on a busy week, but in a week with few significant releases, it's absolutely something you should toss in the rotation. 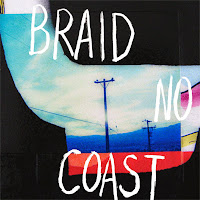 Braid - No Coast: Braid has been broken up since 1999 (with the exception of a quick reunion tour in 2004), and haven't released an album in close to 16 years, so tis comeback of sorts came, at least for me, with some interest as well as trepidation. The good news is that it feels like a Braid album almost immediately, and the even better news is that it's really one of the better things I've heard this year. With a lot of bands doing what they were known for over the years, the fear that they'd be lost in the shuffle is unfounded, as there's just a ton here to love. "East End Hollows" is particularly a highlight. If you have any love of the late 1990s indie rock scene at all, you owe yourself to fire this one up. Everyone else should listen to this just because it's one of the best of the year. 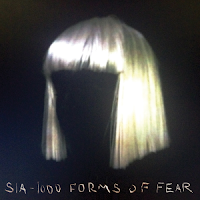 Sia - 1000 Forms of Fear: While I know she wasn't an official member, my affinity for Sia is rooted mostly in her work with Zero 7. Her solo work has always left me a little cold, and this new album is no different. It feels like the worst parts of modern pop music all fused into one piece, and it's thus no surprise that it's likely to hit #1 in its debut week. You'll know if you'll like this almost immediately upon hearing it, but if you're looking for solid pop albums for this year, there's better.