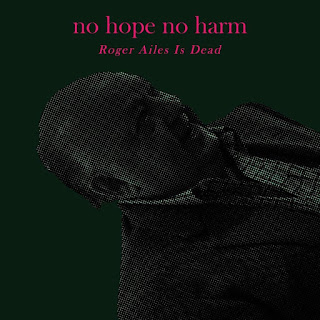 Considering no hope/no harm features Aaron Perrino of The Sheila Divine, somehow this is the first time we've brought you one of their songs. Last Thursday, the news broke early in the morning that Fox News founder Roger Ailes had died. Somehow, later that very same day, no hope/no harm released a brand new song called "Roger Ailes Is Dead." Perhaps they have an entire series of songs about the deaths of celebrities just on file and ready to go, much like news channels already have obituary videos ready to go for multiple celebrities. Just plug in a few facts at the very end, and they're ready to go.

"Roger Ailes Is Dead" is a bouncy and mopey song, much in the way that The Smiths and The Cure are both bouncy and mopey. The song even borrows the artwork (and most likely song title) from The Smiths' classic The Queen is Dead. Basically, if you have a jones for both The Smiths and the kind of late 90s pre-emo that will probably get lumped into emo even though it wasn't that The Sheila Divine produced, you'll love this song, and most likely the rest of no hope/no harm's just starting catalog.

You can listen to "Roger Ailes Is Dead" below. For more on no hope/no harm (and to purchase the single), check out their Bandcamp and Facebook. If you happen to be in the Boston area, the band is playing a show on June 24 at Great Scott in Allston.