I hope you like indie rock, because there's a lot of indie rock out this week. 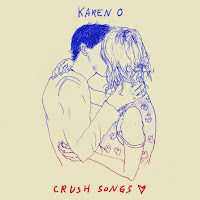 Karen O - Crush Songs: Karen O essentially branches out solo to share what sound like basement tapes of song fragments. While "Singalong" is close to a complete piece, this is really not an interesting record unless you're really into Karen O and/or The Yeah Yeah Yeahs. 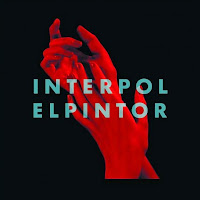 Interpol - El Pintor: Interpol fell off my radar somewhere around a decade ago. Nothing significantly against them, it's more that they didn't feel like anything new or fresh was coming, and, frankly, I thought Editors started doing Interpol better. So El Pintor is being described by some as a return to form, and, well, I can at least say that I'm enjoying this particular Interpol record more than the previous ones I've listened to. It feels dark and mysterious in ways their first couple albums did, but, at least on first listen, it lacks that killer track like "Obstacle 1" or "Evil." It's worth a listen, and I'll give it another shot for sure. 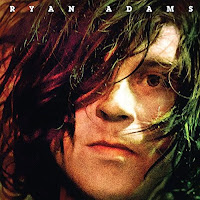 Ryan Adams - Ryan Adams: The often-prolific Ryan Adams has a new album out weeks after releasing an EP of sorts, and I will preface this by saying that I really liked my first exposure to this album. Ryan Adams has really grown as a performer and songwriter, and it shows here. If there's a downside, it's almost as if Ryan Adams is morphing into a sort of combination Mark Knopfler/Tom Petty as he gets older, and it's just a little jarring to hear from time to time. This album, though, has a lot of potential to have some staying power, so it's worth a listen to see where he's taking his roots-tinged rock this go 'round. 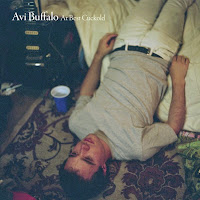 Avi Buffalo - At Best Cuckold: Avi Buffalo made a bit of a splash with their debut album 4 years ago, although "What's It In For" was really the standout track with a lot of extras. With the lead singer/songwriter being only 19, it explains a lot about the tone and content of the album on a whole, and thus the progression into this album, which is a giant step ahead for the band. The songs feel more complete, the album more cohesive, and while I liked it quite a bit, I know 23 year old Jeff would have loved this. A solid indie rock album from start to finish, even with flaws. 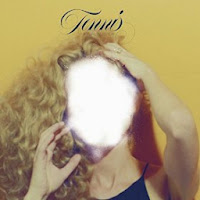 Tennis - Ritual in Repeat: One of my favorite releases for this week, Tennis has stepped up their game considerably since Cape Dory. I realized, upon looking up the information for this release, that I apparently missed their second album or it left no impression, but I really loved this one. The production value is up, the songwriting quality has been raised, and there's a ton to love here. If you enjoy somewhat-retro sounding indie pop, this is an album you must check out this week. 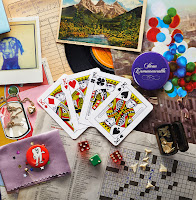 Sloan - Commonwealth: Imagine my surprise upon learning that Sloan has been at this for 23 years. Commonwealth, their eleventh album, is less power pop and more comfortable pop rock, but it still brings some quality throughout. I can't say there's anything immediately memorable (outside of the super-long final track), but, at the same time, you'll be hard-pressed to find much else negative to say about this album. Sloan is still pretty great, and that's what matters. 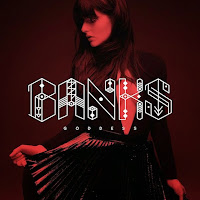 Banks - Goddess: Arguably the most anticipated release of the week, Banks has a debut album that falls well in line with Lana Del Ray, Lorde, and the like - the sort of understated, hazy pop music that keeps the singer at a distance while still the focus of attention. I enjoyed the new Lana Del Ray album, but I might be persuaded to argue that this is better. There are more musical and production chances taken here, and when it works well, it really works. Whether this has the musical staying power of Del Ray's latest remains to be seen, but consider me pleasantly surprised so far. 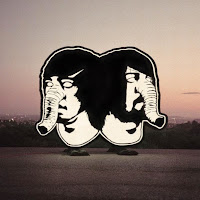 Death From Above 1979 - The Physical World: Ken and I disagree on this one. He warned me that it was boring, but, for me, it felt exactly like I hoped the new DFA1979 album would sound. Even though the sort of sound they peddle stopped being cool about 8 years ago, there's a sense of urgency and emotion present in the album that I was afraid wouldn't be there, and the standout tracks had me dancing in my seat a bit. It's not as good as their first album, but that wasn't ever going to happen. This is absolutely worth your time, and is a standout release for the week. 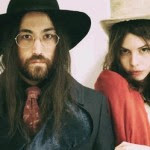 The Ghost of a Saber Tooth Tiger - Long Gone: Sean Lennon's project dropped a surprise EP this week that includes a cover of a Syd Barrett tune and some odds and sods from the Midnight Sun sessions. It's just okay, but there might be some highlights or so in here if you're really into this project. 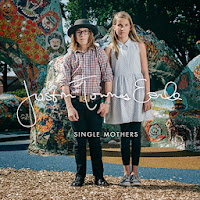 Justin Townes Earle - Single Mothers: I've never been able to get into Justin Townes Earle at all, but his fifth album finally had something click for me. This is a great, rootsy folk record with a lot of catchy hooks and worthwhile songs throughout, to the point where I really feel like I'll be going back to hear more soon. Definitely a highlight of the week, and I can't believe we're both older than him here - he sounds like a throwback of the best kind. 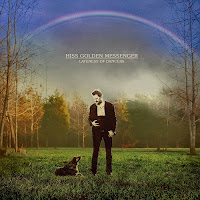 Hiss golden Messenger - Lateness of Dancers: Speaking of artists that I haven't been able to get into, Hiss Golden Messenger's Merge debut is another solid album along the same veins. Perhaps more folky than the JTE album, with lots of Bob Dylan channeling, it's still one that hooked me in rather quickly in ways I didn't expect. A solid release this week, and one you shouldn't miss. 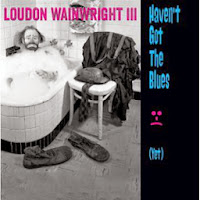 Loudon Wainwright III - Haven't Got the Blues (Yet): I always feel like I'm copping out with this, but it's always nice when you get a new album from a long-established act and it's what you expect. Wainwright doesn't try to be anything he isn't here, and the songs are equally catchy and quirky throughout (with "I'll Be Killing You (This Christmas)" surely becoming a new staple in my holiday mixes), so there aren't any surprises. Another quality outing. 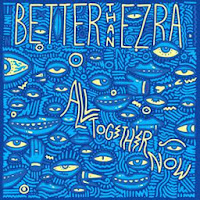 Better Than Ezra - All Together Now: Better Than Ezra is back with their first album in 5 years, and the early 1990s alt-rock stalwarts have really put together a surprisingly fun album. There's a lot here that sounds radio-ready, and yeah, it has some eye-rolly moments as well, but BTE is certainly trying to prove they're not a nostalgia act just yet, and you can tell it works from the opening song. If you had an affinity for their first couple albums, this is absolutely worth a listen. At the very least, you'll come out with a few earworms. 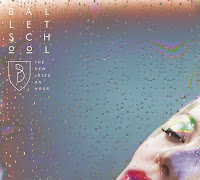 Ballet School - The Dew Lasts an Hour: This group has been making the music blog rounds for some time now, and I was really anticipating this album. It's...a strange one. I really like it even though it seems to have some purposeful choices that I don't love. It feels indie in a lot of ways, which is a benefit, but much of the album sounds alike, which is a drawback. There's enough here to feel optimistic about what's coming down the pike for this duo, but for now, it's worth a listen at least, especially if you like indie electro stuff.

* Robert Plant - Lullaby and the Ceaseless Roar
* Chris Thile and Edgar Meyer - Bass & Mandolin
Posted by Jeff Raymond at 7:30 AM