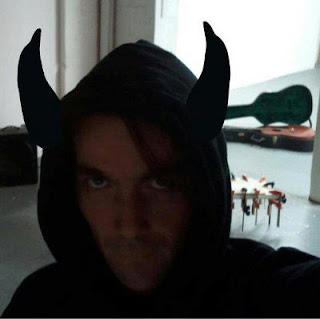 We may have had to wait 15 years for a new solo track from Jason Lowenstein, but after last month's release of "Superstitious," we now have another song from his upcoming solo album, "Hey Hey."

While "Superstitious" fell into the darker, slightly discordant side of the Jason Lowenstein realm of music, "Hey Hey" is a bit more light and upbeat. In fact, it's almost funky. Almost. The song starts off with an off kilter country riff which pops back in every so often for the chorus. It's the kind of country sounding riff that would weasel its way into 90s alternative every so often, just subtle enough that country hating kids like teenage/early 20s self wouldn't pick up on the country base of it. "Hey Hey" also has a great Lowenstein guitar solo towards the end.

You can listen to "Hey Hey" below. After a 15 year wait, Jason Lowenstein's second solo album, Spooky Action, will be released on June 16 on Joyful Noise recordings. For more information, check out his website and Facebook.