Kicking off 2016: Most Anticipated Albums 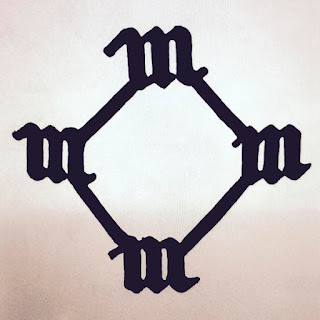 Another year is here, which means we get another new year of music. There's some interesting stuff on tap:

* Kanye West - Swish and School of Seven Bells - SVIIB: I'm combining these together because I was anticipating these for 2015 and they never happened. Kanye's album, now with a name but no release date, is assumed to be released at some random, unspecified time soon, and who knows what the final product will look like or whether it might end up even being a Tidal exclusive. School of Seven Bells, however, finally has a release date for their final album, and we'll get to hear those final pieces in February. It might be a pretty bittersweet listen, to be honest.

* Sky Ferreira – Masochism: Sky Ferreira is known almost as much for her music as the crowd she runs with lately, and it's probably worth noting that her album was great and there's a definite chance for her to set herself apart here. We'll see.

* PJ Harvey - TBD: I can't say I've loved PJ Harvey's output for some time now, but she's such an important voice and artist at this point that it's going to be worth hearing what's coming next.

* Savages – Adore Life: They got a nice boost from having their song at the end of Ex Machina, so it will also be interesting to see where their sound is heading, especially with their sound coming from acts like Screaming Females as well.

* The Prettiots - Funs Cool: I have recently become mildly obsessed with this anti-folkish trio (featuring Rachel Trachtenburg of The Trachtenburg Family Slideshow Players on drums) since I heard their song "Suicide Hotline" last week. With only a handful of songs out there so far, whether it can be maintained over a full album remains to be seen, but I'm looking forward to its release in April.

Other albums coming of note? The decade-late Wrens follow-up to The Meadowlands, a new Radiohead album, a new Tool, a new Lorde, and maybe a new LCD Soundsystem? Maybe?
Posted by Jeff Raymond at 7:30 AM