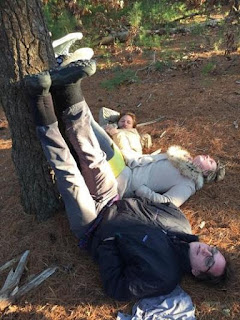 Ever since last July when I saw Evan Dando join Willy Mason for my last show at TT the Bear's, I've been waiting for a more formal collaboration. The pair has joined with Marciana Jones to form TSP, which stands for The Sandwich Police (either a reference to the meme or the fact that the band is based on Martha's Vineyard, part of the Cape and Islands). TSP have their debut release due out this Friday, and you can listen to the first song, "Splinters," now.

"Splinters" leans much more heavily to the folk side of things. Dando has always been at his best with collaborators, and this group might have injected him with the shot of creativity he's been needing. No one truly takes lead vocals with harmonizing throughout. It's exactly what you'll want from Martha's Vineyard's very own indie folk supergroup.

TSP's debut EP will be available digitally on Friday, with a physical 7" release available in June from Fat Possum. For more information on TSP, check them out on Facebook. You can listen to "Splinters" below, and check out their upcoming dates opening for Courtney Barnett (!) below that.