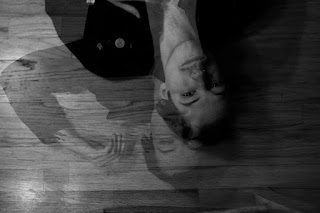 I first discovered Funeral Advantage at the 2015 Harvard Square Mayfair.

Back then, I described them as sounding like just about every song was a Smiths cover, and since I've compared their recorded output to The Cure.

They have a new song out, which is going to lead to some new comparisons. "Black House" might be their peppiest song to date, which may be strange since it's from a band called Funeral Advantage and the song is called "Black House." There is a strong early 80's New Wave sound to the song reminiscent of early Depeche Mode and really early Ministry. This is definitely a dance song that has some throwback elements but still sounds fresh and current. The vocal effects, which are very Autotune-esque at some points, help add to that. It's an interesting slight change of sound, which makes the upcoming album that much more intriguing.