Jeff's Most Anticipated Albums of 2015

We're in a new year now, and there are certainly a few albums coming up that I'm very excited for: 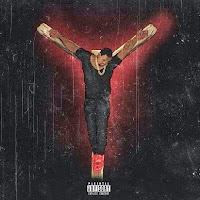 Kanye West - TBA: Kanye West has had a few listening parties for his follow-up to Yeezus, and there was a lot of talk about it being released sometime in 2014, but that clearly didn't happen. Will it be more like Yeeus, will we get movement more back toward the mainstream, or will it be something completely different? I enjoy Kanye West in part because of his unpredictability, but also because you know it's going to be an interesting listen. Plus, the idea that this album could drop within hours of this being posted or never get released at all is just as fascinating. Easily the biggest upcoming release for me. 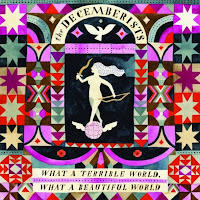 The Decemberists - What a Terrible World, What a Beautiful World: While the prerelease singles haven't knocked my socks off, considering how great their last album was, I can't help but be excited about this album coming out in a few weeks. A band that has shifted its sound around a few times while still sounding like the band they've always been, it's a good question as to where this will end up. 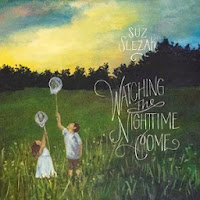 Suz Slezak - When the Nighttime Comes: Ken has written about this already, but Slezak's voice and instrumental prowess means we're going to get something truly great out of this solo effort. Plus, given that I'm always on the lookout for stuff my almost-two-year-old might enjoy, that this is at least in part geared toward the littler set means I have a few reasons to be excited. 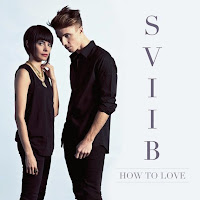 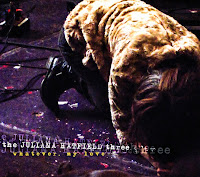 The Juliana Hatfield Three – Whatever, My Love: "If I Could" is already a frontrunner for song of 2015 for me, so to say I'm really excited about this upcoming album is an understatement. February can't come soon enough, and the fact that the new song alone sounds like an early 1990s throwback while still sounding modern? I think this might be the only thing Ken and I post about in February at this rate.


Other upcoming albums I'm intrigued by: