First Listen, Part One: New Releases for May 5

Another busy week combined with a really crazy release schedule means another two day look at the new releases. Here's round one: 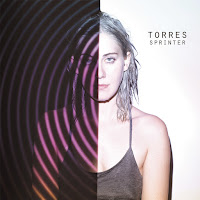 Torres - Sprinter: Torres is back with a new album that has a tremendous amount of buzz around it. Sprinter, for sure, is miles ahead of her previous effort and also mostly living up to the hype. The album still lacks the sort of hooks that you might be looking for in an indie singer-songwriter record on first listen, but if you're looking for anything a little more complicated, this one is absolutely worth the look. 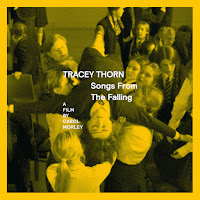 Tracey Thorn - Songs From The Fallen: Tracey Thorn offers up an EP-length companion to the film The Fallen. It ends up being pretty light on most everything, and there isn't much to say on any part as a result. 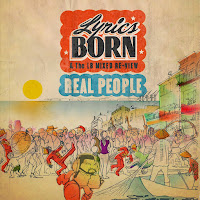 Lyrics Born - Real People: This one was a bit of a head-scratcher for me on a whole, a very strange listen that doesn't make a ton of sense on its own unless, I suppose, this is something you're really into. This didn't connect with me at all, and I really struggled a lot to even get through the portion I listened to. This is very much Not For Me, and you'll know within a minute whether it's for you. 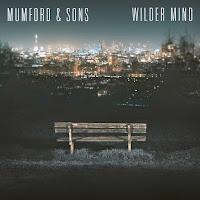 Mumford and Sons - Wilder Mind: Putting a few things aside for a moment, this is not a bad album by any regard. A little similar to your Coldplays and Snow Patrols of the world, but that's not always bad when done correctly. The lead single is pretty good, there are some interesting things going on. The issue is that this is an album from Mumford and Sons, who had a fully unique style all their own in the folk genre. This doesn't sound like Mumford, but you can hear Marcus Mumford's voice in a context that just doesn't make sense. It's especially impossible to comprehend this evolution of sound, making this album really weird as a result. We'll see how things pan out. 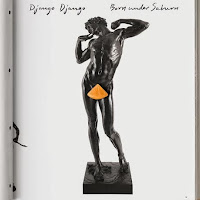 Django Django - Born Under Saturn: I've enjoyed what I've heard from Django Django up to this point, but none of it has necessarily been sticky. It's definitely happy indie rock with some lighter, acoustic elements, and there's a lot to like here, but I can't say I recall anything specific from this album even an hour after first listen. It's strange like that. I want to spend more time with this one, but if you're into poppy indie rock with some acoustic/psych elements, this might be something to give some time to. 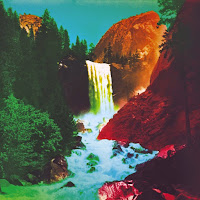 My Morning Jacket - The Waterfall: I have never been a fan of My Morning Jacket even though I know I really should be, as they offer up a lot of everything I like to listen to on a whole. The new album, though, has really resonated with me on first listen. Perhaps part of it is the Song Exploder episode for one of the songs from the album that gave me a good idea as to where Jim James is going with his songwriting. This is a dark feeling album (although I say that about MMJ in general), with some really interesting songwriting choices. Definitely the best of the batch of today's releases, without a doubt.

We'll be back tomorrow!
Posted by Jeff Raymond at 7:30 AM