First Listen: New Releases for May 26

A much smaller release week with the American holiday. 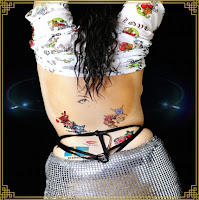 Zhala - Zhala: When it comes to acts I don't know that I seek out for this weekly post, I try not to look up anything about them until I'm done listening to the album. It's hard enough to listen to things when you carry a preconceived notion, never mind having undue expectations. This feels like a 90s-retro dance record, which is great, and it came as a pleasant surprise that Zhala is signed to Robyn's label, as the sound fits right in. Whether this has the staying power Robyn has shown remains to be seen, but this was definitely my favorite listen this week. 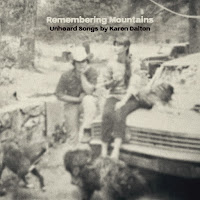 Remembering Mountains: Unheard Songs of Karen Dalton: A tribute album of sorts for folky Karen Dalton, what turned me onto this were who they got involved with the project, including Sharon van Etten, Marissa Nadler, and Lucinda Williams. It's a good little folk compilation on a whole with artists you know, and that makes it worth a listen on its own; fans of Dalton might get more out of it. 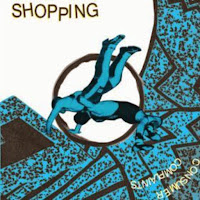 Shopping - Consumer Complaints: Ken wrote about their lead single earlier, and I can echo the basic points out their sound - it is very reminiscent of the 70s pun thing, but almost reminds me of a more raw Moving Units if people remember them. A solid debut, and I'm looking forward to what comes next. 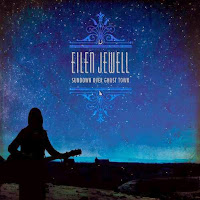 Eilen Jewell - Sundown Over Ghost Town: I think I became a fan of Eilen Jewell following Queen of the Minor Key, a solid, often rocking album that mixed a lot of different genres with the rockabilly/country/folk thing she had going. She's always been hard for me to pin down, which is why Sundown Over Ghost Town feels strange with how straightforward it is in comparison. It's not a bad album by any measure, it's a great throwback listen on a whole. Just be wary if you're looking for something a little more upbeat - the cover really sets the mood for the music within. 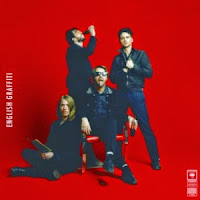 The Vaccines - English Graffiti: Both Ken and I keep confusing them with seminal twee (I called them grunge and got called out on it, fairly) band The Vaselines, so once you get past those misconceptions, you get a pretty interesting, obviously-Dave Fridman-influenced indie rock record. It still doesn't reach the heights of their debut, but the changes that are made here are really solid and make this a worthwhile listen. 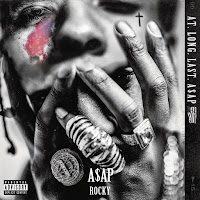 A$AP Rocky - AT.LONG.LAST.A$AP: While everyone who loves rap was waiting for Kendrick Lamar's album, I was really looking forward to A$AP Rocky's newest effort. This album is a very different tone than Lamar's, and feels darker than Long Live A$AP, Rocky's label debut. On first listen, there's no song on here quite like "Wild for the Night" or "Fuckin' Problems," but it doesn't take away from it being a fairly accessible album that I hope to spend more time with, and definitely liked more than Lamar's.
Posted by Jeff Raymond at 7:30 AM