We saved the best for last this week. 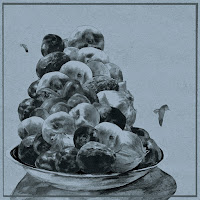 Hop Along - Painted Shut: Hop Along is a band I only know because they're touring with Field Mouse (a blog favorite here). Within a few moments of this album, you see why they match up with Field Mouse so well, and get hit right in the nostalgia with a sound that sounds like so much you've already heard, but can't place. Expertly done indie rock with very few flaws (the more indie/anti-folk songs near the end do feel a little out of place), it's definitely one of the best releases of the week, and arguably the year. I can't recommend this highly enough. 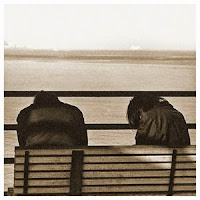 Metz - II: Metz's second album is absolutely the heaviest thing on the docket this week. It's a short affair, pretty heavy, but has a number of good moments throughout. Not really my sort of thing in general, but if you're looking for something on the heavier side this might work for you. 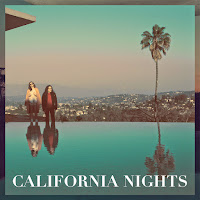 Best Coast - California Nights: I mentioned back in November how Best Coast's recent EP was something that changed my mind on the band. Hearing "Heaven Sent" a few months back, I was absolutely floored, and the new album is really some great indie pop/rock from start to finish. A little grungy with tons of hooks and a bunch of memorable songs, I rank it up there with Hop Along this week. Absolutely a wonderful album, and is required listening this week. 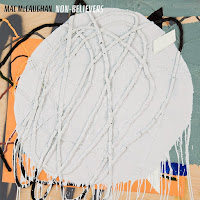 Mac McCaughan - Non-Believers: This solo album from the Superchunk frontman doesn't sound a lot like Superchunk, but still has a lot of familiarity around it to really be appealing. On first listen, the power pop elements are there but ultimately feel rather subdued, although I'm not sure what expectations I would have went into going in anyway. Overall, it's definitely a good listen, but in a crowded week. 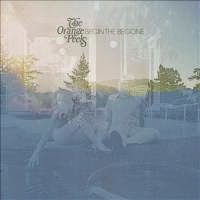 The Orange Peels - Begin the Begone: Back at the height of my indie-pop love, I ended up on a discussion list for The Orange Peels, thinking it was more about indie pop in general (which it sort of became). I got into the band that way and never entirely kept up, but I always enjoyed what I heard and this new album isn't any different. It's not really standing out from the crowd, to be sure, but it is a pretty quality indie pop record. Definitely worth a listen.