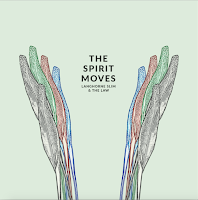 It's that time of year again where we look at the best of the year. Kicking off my Best of 2015 list? Langhorne Slim and The Law's The Spirit Moves.

Langhorne Slim has been an artist I've followed since I saw him open for Clem Snide many, many years ago. There's a punkish aesthetic of sorts to his brand of folk music, and his evolution from a solo artist to more of a band element has been a net positive. You may have recalled his song "Worries" from a few years back, and I really feel like The Spirit Moves is a natural evolution of his overall sound. This album goes in a few different places, and so many of the songs just keep getting stuck in my head long, long after I've listened.

Honestly, if you haven't sought this one out yet, you really should, especially if you're one for good, offbeat folk sounds. This might be Langhorne Slim's best album yet, and it speaks to the strength and consistency of his songwriting that I keep going back to this well so often. It's streaming below: