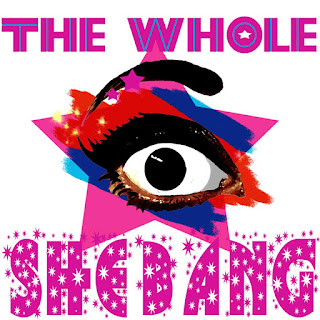 This week's Monday Mix is a guest playlist from the hosts of The Whole Shebang, a minute-by-minute podcast about the cult glamtastic 1998 film that starred Ewan McGregor and Christian Bale, among others. Hosted by Jenny Anckorn (writer, Untaken and Mike Grasso (of blog-recommended podcast Hold My Order, Terrible Dresser), the podcast deconstructs Velvet Goldmine minute by minute, delving into the culture and politics of the era as well as whatever else might come up. They're currently in the mid-90 minute mark, so you have plenty to catch up on. The playlist reflects some favorite songs from the movie, from the era, and so on. As someone who had his T. Rex phase not too long after this movie came out, I'm looking forward to throwing this playlist on later today.