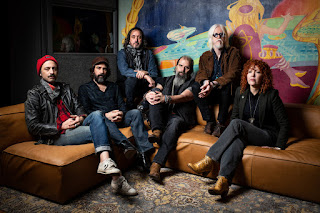 In a year of complete shit, Justin Townes Earle's death truly hit me hard. I can't even imagine how it affected his family, especially his parents. Steve Earle channeled his grief into an album of his late son's music. The first single is "Harlem River Blues." It's a perfect remake, as you would expect from this type of tribute album. I'm going to avoid any attempts at delving into the new meaning of Steve Earle singing Justin's words, or attempt to dissect intonations in his voice. The song is a perfect tribute, and a must listen for fans of either Earle.

You can listen to Steve Earle & The Dukes take on "Harlem River Blues" below. J.T. will be released digitally on January 4, which would have been Justin's thirty-ninth birthday. Physical releases will follow on March 19 via New West Records. All royalties and artist advances will be put into a trust for Justin and Jenn Earle's three year old daughter. You can pre-order your copy here.