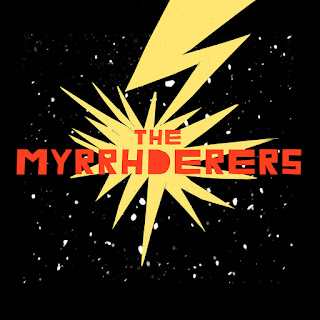 If you've ever wondered about the underground North Pole punk scene, let me introduce you to The Myrrhderers. According to a press release, The Myrrhderers are a North Pole punk supergroup consisting of Al Frankincense (Dead Kringles), Elliott Gold (Prancid), and Bill Myrrhey (Sleigher). The group is set to release their debut album, and have their version of the holiday carol "God Rest Ye Merry Gentlemen" out now. It's a fast, driving punk version of the classic song. Whether or not we need any more punk Christmas songs out there is a matter of personal opinion, but if we're going to get some, they should at least be as fun as this.

Elliott Gold says of the new single: “Making Christmas punk music is a bit of a balancing act - you need to give the songs some kind of twist to make them work in a punk context, but you also don’t want to push a song so far that it loses its original Christmas ‘feeling’. This is one of the heavier tracks on the record, but we wanted to put it out first because we feel like it captures both sides of that equation, without compromising one for the sake of the other.”