Thank you for dealing with the delay. While you wait for tomorrow's new releases, here are some favorites from last week: 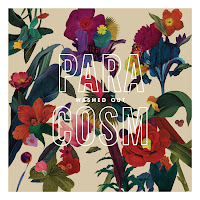 Washed Out - Paracosm: Washed Out might be best known for his song being used for the theme for Portlandia, but those expecting another chillwave piece are going to be disappointed in this album that, on one hand, sounds like nothing else before it, and, on the other, doesn't sound like anything especially compelling. On first listen, it's just kind of...there, and nothing about it stands out. I was hoping for some nice electronica and got something very different, and I'm honestly torn about this album so far. 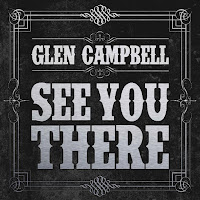 Glen Campbell - See You There: Glen Campbell recently finished his farewell tour, as he is suffering from Alzheimer's disease. This album is his revisiting some of his most famous or important songs a final time in a more stark, spacious tone. It's a great album, but the shadow of Campbell's illness really impacts one's relationship with the album on a whole. Still, it's interesting to hear a more modern take on songs like "Wichita Lineman," and for a farewell album, this is pretty solid. 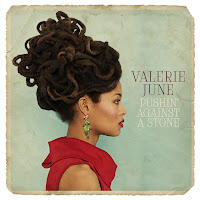 Valerie June - Pushin' Against a Stone: Valerie June's debut album is a folksy, bluesy, classic Americana effort that has shot to the top of my favorite albums from this year. I heard "You Can't Be Told" a while back and have anticipated this album ever since, and it absolutely delivers. This should be heard to be fully understood, but the best comparison I can make is a more traditional, more soulful Sallie Ford. Definitely add this to your list. 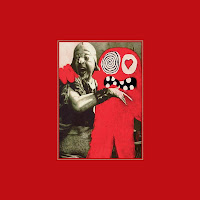 Scott & Charlene's Wedding - Any Port in a Storm: Scott & Charlene's Wedding are a throwback of sorts to the stilted indie pop of a decade ago with a hint of anti-folk for good measure. I listened to this album once and didn't feel as if I really understood it, but further listens have given me a broader appreciation for it even if I can't figure out exactly where this band is trying to go. Sometimes music can simply be fun, though, and this is a fun album that might tweak the right nostalgia button for you.


We'll be back on Wednesday with the normal schedule!
Posted by Jeff Raymond at 7:30 AM