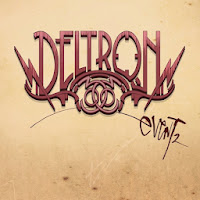 Thirteen long years ago, the hip hop supergroup known as Deltron 3030 released their debut album. Comprised of the Funky Homosapien, Dan the Automator, and Kid Koala, Deltron 3030 was set in the year 3030 and sounded exactly like the future of hip hop. It seemed like a one off, but every so often you’d hear a rumor of a follow up album.

Now, in 2013 (or 3040 according to the album), it has finally happened. Event II somehow sounds like it could have been recorded immediately after Deltron 3030. Looking back on the past is a recurring theme on the album with song titles like “Do You Remember” and “Back in the Day.” The album is such a throw back they even include sketches between songs, which I can’t even remember the last time I heard that. It’s probably because sketches are usually terrible, but Deltron 3030 enlists David Cross, Amber Tamblyn, and The Lonely Island for sketches, which all keep the “back in my day” theme alive. The album features a few other non-musicians, with Joseph Gordon-Levitt providing the album intro voiceover and Mary Elizabeth Winstead singing the hook on “Look Across the Sky,” one of the highlights of the album. Two of the other most notable guest stars include Zack de la Rocha on “Melding of the Minds” and Mike Patton on “City Rising From the Ashes,” my personal favorite on the album. That’s not even mentioning ’s Gorillaz collaborator Damon Albarn showing up on “What Is This Loneliness.”

Event II doesn’t feel as groundbreaking as Deltron 3030 did 13 thirteen years ago. It could be easy to blame its existence on nostalgia. I mean, the theme of the album is nostalgia for when times were better. Think back to 2000… Things did seem better then. Nostalgia or not, this is a strong contender for Album of 2013.

Head on over to Deltron 3030’s official website to purchase the album or for more info. Below you’ll find the video for “City Rising From the Ashes” and their current tour dates.