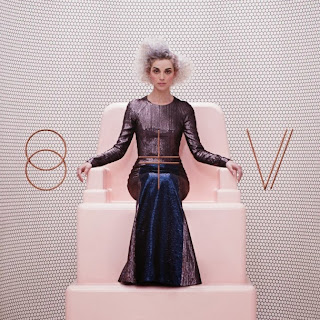 Kicking off this year's Best Of list is St Vincent's self-titled album from the beginning of this year. It was such a constant for me earlier this year that I assumed it was a release from 2013, but this really deserves a lot of praise, especially given that I've felt her more recent output left more than a bit to be desired. I still feel working with David Byrne on their collaborative effort rubbed off in a great way for this album, and it does have a number of highly memorable songs that still get stuck in my head almost a year later.

The album is streaming below. Check it out for the first time, or see it as a great reminder.