Monday Mix: Numbers Are Against Us 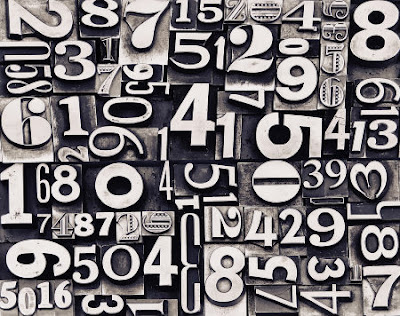 I'm not sure what inspired me to go about making a mix with numbers, except that I've wanted to do it for about 15 years now and never got to it. So here's a bunch of great songs with numbers in the title. Hopefully there are a few new things in here for you to enjoy.


Aimee Mann - "One": A cover from the Magnolia soundtrack, she takes the Harry Nilsson classic and somehow makes it her own without betraying the original. It fits in extremely well with the tone of the film and soundtrack, too. A favorite cover of mine.

Kathleen Edwards - "Six O'Clock News": The only artist to get two slots on this playlist, "Six O'Clock News" largely put Edwards on the map. Her first single from her awesome Failer from (wow) twelve years ago, it remains a personal classic.

Sunny Day Real Estate - "8": Sunny Day Real Estate was quite pioneering in their time, but I honestly found them hit or miss. When it didn't work for me, it really didn't work, but when I like a song of theirs, I'm all in. Of all the songs I do like, "8" is by far my favorite. I love the drums in this song in particular, I love the build in the beginning, and the verses always grab me. Awesome song.

Har Mar Superstar - "12:12": Har Mar Superstar doesn't get enough credit for his white boy R&B, and, although he really needs to put his shirt on, his album from last year had a number of memorable cuts including "12:12."

The Phenomenal Handclap Band (featuring Lady Tigra) - "15 to 20": This is a song I loved from when I had satellite radio. I can't say I loved a lot of what this group did on a whole, but this song is a really solid standout. It may have been in a camera commercial at some point?

The Dandy Warhols - "16 Tons": A fairly interesting version of the folk song popularized by Tennessee Ernie Ford in the 1950s, it doesn't sound like anything else The Dandys did, but in terms of fascinating covers, this isn't bad...

The Apples in Stereo - "20 Cases Suggestive Of...": Back before Hilarie Sidney left The Apples in Stereo, she would usually get a shot singing lead on one of the songs on each album, and they were almost always among my favorites. This specific song is one of my favorite Apples songs period, and was one of the first songs to get me truly excited about indie rock in general.

Gorillaz - "68 State": A Gorillaz b-side that I always liked, it's a much more straightforward dance track than most of what they do, but still pretty solid.

R.E.M. - "Star 69": R.E.M.'s fifth single off of used CD bin stalwart Monster, a weird song about stalking that references that old thing you could do on your phone to dial back who called you. The song still holds up even if the technology didn't.

Turin Brakes - "Emergency 72": Turin Brakes have been a favorite of mine for a while, and this song from their first album was one that I didn't love to start, but it did end up growing on me and became a favorite.

Boards of Canada - "1969": If we're going to call a Boards of Canada song accessible, this might be the closest we can get. It's a fairly straightforward electronic song, especially for them.

Shout Out Louds - "1999": I had many, many friends who were into Shout Out Louds, and this is the song that got me on board with them. I don't consider myself a huge fan, but this song still grabs me every time I hear it.

Varsity Drag - "1999": A song I can thank Ken for, Varsity Drag is a great 1990s alt-rock throwback, and this song is pretty representative on a whole.

Silverchair - "Anthem for the Year 2000": Yes, I like this song, shut up. This was their first comeback song of sorts, and yeah. No excuses, no regrets.

Nina Gordon - "2003": Nina Gordon, previously/currently of Veruca Salt, went off to do some solo work in the early 2000s. Her first album, Tonight and the Rest of My Life, was extremely poppy, but I couldn't get enough of it, and "2003" was one of my favorites. I can't say the album truly holds up long-term, but I still enjoy bits and pieces of it.

Childish Gambino - "3005": The lead single from Donald Glover's second proper rap album, Because the Internet, it's pretty representative even if it's a little strange from a fairly challenging album.

Elf Power - "100,000 Telescopes": A somewhat drony indie rock song to finish things off, Elf Power always held a weird spot in the Elephant 6/psych rock landscape, and this song in particular really demonstrates what they could do when they weren't making ridiculously catchy tunes. I always liked this song, even if it was far from their best.
Posted by Jeff Raymond at 7:30 AM