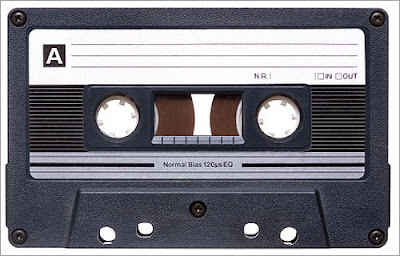 This week's mix celebrates the art of the cover song. I love a good remake, and the songs listed in this playlist are some of my favorites that may not be known so well. Enjoy!


Sarah Jarosz - "The Tourist": Sarah Jarosz is one of my favorite current bluegrass artists, and she makes it a point to have at least one cover song on all her albums. My favorite of her's, by far, is her version of Radiohead's "The Tourist," which keeps the atmosphere of the original while offering some really impressive musicianship.

Dum Dum Girls - "There is a Light That Never Goes Out": Dum Dum Girls are still running with the reverb-heavy indie rock, but they tackle this classic by The Smiths in a way that I almost enjoy more than the original. It's great how well their sound compliments the song, and the result ends up being more immediate than the original.

Ben Folds Five - "She Don't Use Jelly": Originally on a compilation called "Lounge-a-palooza," which took classic 1990s songs and remade them with lounge-style music, Ben Folds Five keeps their tongue firmly in cheek with this Flaming Lips song. If you can get your hands on the compilation, there's also a great version of Soundgarden's "Black Hole Sun" by legendary lounge act Steve & Eydie.

Hem - "So. Central Rain": There's no way I could do a mix like this without an R.E.M. cover. Hem does lush, gorgeous folk music, and their version of R.E.M.'s "So. Central Rain" slows things down a bit and highlights the themes quite nicely.

Emm Gryner - "Song 2": I don't know much of anything about Emm Gryner, but I do know that her Tori Amos-sounding version of Blur's "Song 2" really transforms the song. Worth a listen.

Nada Surf - "Enjoy the Silence": Nada Surf has really been killing it over the last decade, and they did a cover album a few years back that included this version of Depeche Mode's "Enjoy the Silence." Instead of a dark, brooding song, they turn it into an upbeat race and I think I like it a lot more than the original.

Iron and Wine - "Such Great Heights": If you watched any movie trailers from 2004-2008, you probably remember hearing this in the background. It's a radically different take on the Postal Service song, truly one of the better cover versions period.

Chris Thile - "Dead Leaves and the Dirty Ground": Chris Thile of Nickel Creek and The Punch Brothers also did some solo albums, and his version of The White Stripes song is pretty much what you'd expect from Thile. Shows the quality of a song like this that it can be so transformed and yet still work so well.

Morgan Page - "Strange Condition": Morgan Page, DJ/electronic musician, along with Lissie, covered this Pete Yorn song for his 2010 album Believe. This sort of straightforward club song might not be for everyone, but as someone who loved the original when it first came out and is a huge Lissie fan, this hits all the right notes.

Glen Phillips - "I Want a New Drug": Man, Huey Lewis and the News don't hold up well, eh? Glen Phillips (of Toad the Wet Sprocket fame) covered this 80s classic for his Mr. Lemons album, and you might not even recognize it as the Huey Lewis song on first glance. Definitely unique and different.

Superchunk - "Say My Name": The Guilt By Association cover compilations are some of my favorites, and that there's an indie rock/punk-style cover of the Destiny's Child hit tickles my fancy. A glorious achievement, I promise.

Glen Campbell - "Walls": Classic country crooner Glen Campbell put out a cover album in 2008 and it's pretty great. There are a number of great songs on the album, but his version of Tom Petty's "Walls" might be my favorite of the bunch. His clear, ringing voice really breaks through on this one, and it's a shame that he can't perform anymore.

Pet Shop Boys - "Go West": I have no excuse for including this here. The Pet Shop Boys doing The Village People? Sign me up.

Greg Laswell - "Your Ghost": Greg Laswell is a singer-songwriter who is probably better known for his "Girls Just Wanna Have Fun" cover, but I'm honestly more partial to his version of Kristen Hersh's "Your Ghost," from her early-1990s album Hips and Makers. A weird song on its own, Laswell takes it to a very interesting and dark place.

Hands Like Houses - "Torn": We can all agree that Natalie Imbruglia's "Torn" was one of the great songs of the 1990s, right? I don't know who Hands Like Houses are, but I do know that a punk rock version of "Torn" works really well, and is the only highlight from a fairly poor volume of Punk Goes 90s earlier this year.

Miles Fisher - "This Must Be the Place": Miles Fisher closes out this mix with his electronic version of the Talking Heads classic. Fisher might better be known for his role in one of the Final Destination movies, but I wish he'd make more music if it would keep sounding like this.
Posted by Jeff Raymond at 7:30 AM