First Listen: New Releases for 3 May 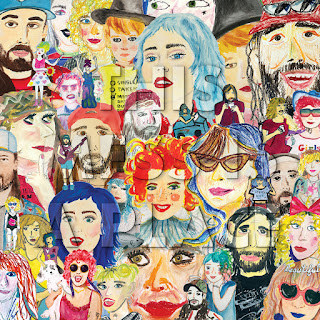 Artist: Tacocat
Album: This Mess is a Place
Quick Description: New album from an indie favorite.
Why You Should Listen: Tacocat has been on a lot of people's lists, but this could be the breakthrough they've been waiting on.
Overall Thoughts: This is maybe one of my favorite things I’ve listened to this year. I’ve enjoyed what Tacocat has pulled together so far in their tenure, but this is such a step up from their previous efforts that it is almost shocking. From song one, “Hologram,” it’s a great indie pop record that doesn’t try to be anything it isn’t and results in songs with hook after hook after hook. Even the midtempo finale, which is a long-standing musical trope that can sometimes be exhausting, feels as good and fresh as anything else on the album. Best of the week, best of the month, and in contention for best release of the year so far. Don’t miss out.
Recommendation: Easily the best of the week. 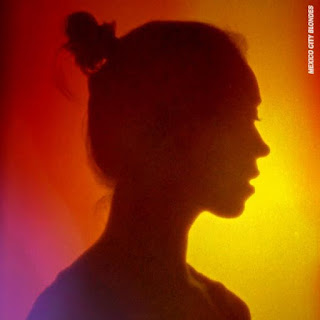 Artist: Mexico City Blondes
Album: Blush
Quick Description: Great modern trip-hop.
Why You Should Listen: You want to celebrate late-1990s electronica without all the neon.
Overall Thoughts: The best way I can describe this is that I never realized how much I wanted a modern Sneaker Pimps until I heard this. A solid electronic/trip-hoppy album from start to finish, this is a record from a group I had never heard of before now but can’t wait to spend more time with. Perfect for those looking for this type of music, or who enjoy deliberately-dissonant melodies to go along with strong and interesting instrumentation.
Recommendation: A great listen. 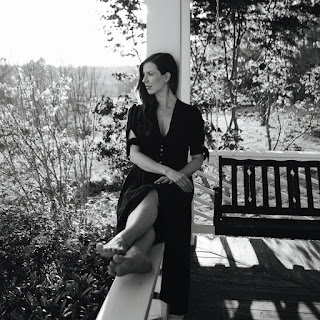 Artist: Joy Williams
Album: Front Porch
Quick Description: The other half of The Civil Wars with her new album.
Why You Should Listen: This is really solid folk music and a great reminder of how important she was to the whole dynamic.
Overall Thoughts: Fresh off the release of the other Civil Wars member's solo album comes Front Porch, which has been teased seemingly forever. Venus, Williams's first post-Wars release, didn't have the staying power I hoped for, but this is a more traditional mainstream folk album and it really does work. Hints of some great roots material, strong vocals and songwriting, it's a fairly complete package and feels like what we've been waiting for from her.
Recommendation: Check this one out. 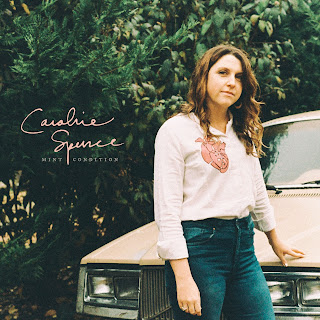 Artist: Caroline Spence
Album: Mint Condition
Quick Description: New album from one of the more underrated country/folk acts out there.
Why You Should Listen: This is gorgeous music that feels fresh and different even as it stays in its lane.
Overall Thoughts: "Wishing Well" stayed in my rotation literally for years, and Spence's last album ended up a favorite of mine. This one looks to be a grower in some regards, and that isn't a bad thing - Spence has a unique voice that carries expectations with it that are not always matched by the lyrics, which is why she keeps me guessing and more surprised on each listen. I look forward to spending some time with this, because the first time through was really great and showed a ton of promise.
Recommendation: Make some time. 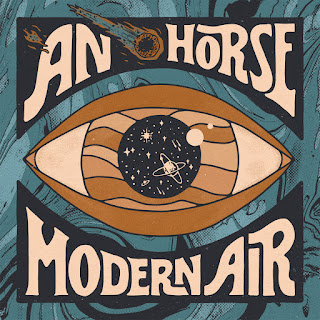 Artist: An Horse
Album: Modern Air
Quick Description: Long-awaited new album from some indie power poppers.
Why You Should Listen: An Horse had a great album way, way back
Overall Thoughts: An Horse last put out an album in 2011 and then went on hiatus for a while. This was unfortunate given how solid that album was and given where I hoped they would be heading. When "Get Out Somehow" dropped recently, it became clear the band had not lost a step, and the new album does a great job of picking up where they left off eight years ago. Given the relative dearth of good power pop these days, this is not only a breath of fresh air, but a really solid listen on its own merits. Don't sleep on it.
Recommendation: A highlight of the week. 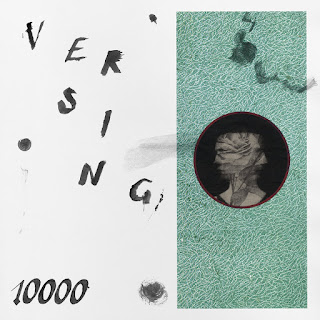 Artist: Versing
Album: 10000
Quick Description: A favorite of ours with a follow-up.
Why You Should Listen: Their last album was one we loved, and this continues along that trajectory.
Overall Thoughts: Versing had a surprising album last time around that both of us like in these parts, and I don't have a ton to say about 10000 except that it does not suffer from any sort of real misses. If you're into what Versing is doing, with their unique indie rock sound, this album will work.
Recommendation: Great for fans, great starting point for new listeners. 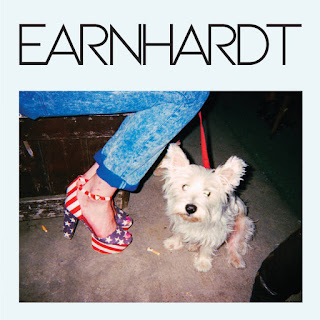 Artist: Earnhardt
Album: Earnhardt
Quick Description: Straightforward rock and roll music.
Why You Should Listen: In an era where going a little left of center is the main thing, hearing a band play it straight is refreshing, especially when it's this good.
Overall Thoughts: I don't know what it says about music today (in my day blah blah blah) that a new album that feels like the most traditional rock album you can think of feels revolutionary and fresh. But here we are with Earnhardt, who will surely get lost in the shuffle of a bunch of NASCAR tribute videos even though they deserve better. You probably will like this if you have any interest in standard rock music, but this is absolutely something a little special if you give it the time.
Recommendation: Don't miss out on this one. 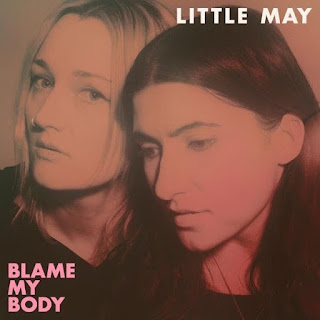 Artist: Little May
Album: Blame My Body
Quick Description: Compelling indie/folk-adjacent pop rock.
Why You Should Listen: They've been around for a while, but this is still great even with its mainstream polish.
Overall Thoughts: Little May is one of those bands much better known outside of the United States, and while the inevitable comparisons to other duos re bound to happen, you should not let that dissuade you from checking out this latest album. Arguably a favorite of mine this week and the one I'm most excited to come back to, this album had me almost at note one. Upbeat and rocking in many regards, with gorgeous harmonies... it's no wonder it connected with me. It's a great listen, and one you should find time for whether you like the sort of soaring songwritery folk that's hit the mainstream as of late or not.
Recommendation: One of the better listens this week.

* Barrie - Happy to Be Here (This is interesting and I can't wait to spend more time with it.)
* The Barrance Whitfield Soul Savage Arkestra - Songs From the Sun Ra Cosmos (Really, really good at times.)
* Drahla - Useless Coordinates (Great at times, but not always cohesive.)
* Big Thief - U.F.O.F. (No one is quite like them, but this is still overly restrained.)
* Patience - Dizzy Spells (Sneaky great.)
* Bad Religion - Age of Unreason (Solid old man punk, much better than it has any right to be.)
* Vampire Weekend - Father of the Bride
* L7 - Scatter the Rats
* Protomartyr - All Passion No Technique
* Oh Land - Family Tree
* Paula Temple - Edge of Everything
* Rhiannon Giddens and Francisco Turrisi - There Is No Other
* Wy - Softie
* Pile - Green and Gray

* Filthy Friends - Emerald Valley (Nothing with this much star power should be this pedestrian.)
* Tank and the Bangas - Green Balloon
* Kedr Livanskiy - Your Need
* Guided By Voices - Warp and Woof
* Lucy Spraggan - Today Was a Good Day
Posted by Jeff Raymond at 5:09 PM