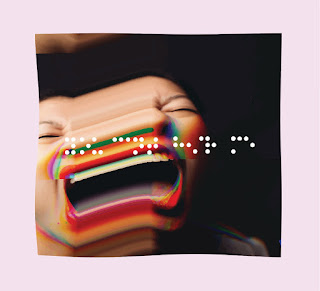 Just about any time I write about hip hop here, I mention that my teenage years were filled with listening to hip hop but I don't find much to listen to these days. For the most part, hip hop hasn't really progressed since Puff Daddy mastered the huge 80's hit sample/R&B chorus formula that still pervades most hip hop.

SHADI destroys that formula completely. As a young Arab man living in Conservative Florida, he has a lot to rage against. And on "Lord Mohamed," rage he does. The press release for SHADI describes his music as "noise rap," and I can't argue that at all. "Lord Mohamed" barely follows normal song structures let alone normal hip hop formulas. It's almost a freestyle stream of consciousness throughout the entire nearly six minute run of the song with SHADI barely pausing to take a breath. And musically? I don't even know what to say. It's a mash of guitars, flutes, human voices, drums, and more just sporadically coming in and out without any seeming rhyme or reason. SHADI is just scrapping hip hop standards and doing his own thing. That is incredibly rare in music in 2019, and it's always incredibly exciting finding someone with the inventiveness to try it.

You can listen to "Lord Mohamed" below. You Can't Hear Me, the debut album from SHADI, will be out August 2 on Deathbomb Arc. You can pre-order the album now on Bandcamp. For more on SHADI, check him out on Facebook and Twitter.