The Secret Sisters - "Hold You Dear" 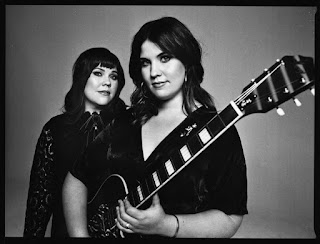 Last month saw the release of "Cabin," the long awaited new single from The Secret Sisters. It was a much more mainstream sound than we've come to expect from the duo, and, as I said then, it actually kinda rocked. Their newest single, "Hold You Dear," shows a return to more traditional folk than the previous single did, although it's mostly by comparison. "Hold You Dear" is more modern than earlier releases from The Secret Sisters, but it's still fairly traditional at heart. As the band explains the song: "This one is especially personal, but we believe you will know exactly what we felt in its conception.  It is a song about time and the way it runs out.  It is a song about living moment by moment, and savoring the precious gifts life offers each of us." And yes, the song is just as heart-wrenching as that description makes it out to be.

You can listen to "Hold You Dear" below. Saturn Return, the new album from The Secret Sisters, will be out February 28 on New West Records. You can pre-order a copy here. For more on The Secret Sisters, check out their website. Current tour dates are below the song.

*with Logan Ledger
^with Leslie Stevens
+with Anna Tivel
Posted by Ken at 9:30 AM