It seems like the more important the release, the less interesting the album. I didn't expect that. 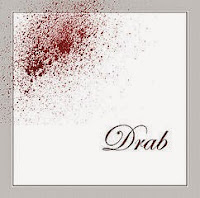 Drab - Drab: The band is calling this a remaster of their first album, although I don't know if it was ever actually released before. I'm treating it as a new release in any regard, because I love this album. I've always been drawn to the off-center punk/rock with female leads, and Drab really does it well. At only 26 minutes and 9 tracks, I wish it was a lot longer, but beyond that it's a really enjoyable ride and quite easily the album of the week. 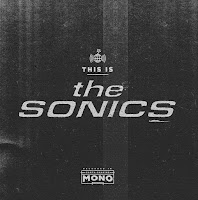 The Sonics - This Is The Sonics: The Sonics release their first album in 48 years this week. No, that's not a typo, and yes, they're that old. With that said, old guys shouldn't really rock this hard, and, while there are some cringeworthy moments throughout, there is more than enough charm ("Bad Betty" is legitimately great, "Save the Planet" is endearing with its "It's the only one with beer" chorus) to get through. Plus, it's recorded in mono, which would be strange for basically any other group. It's ultimately fascinating that this album exists at all, so it's worth a listen for that reason alone. 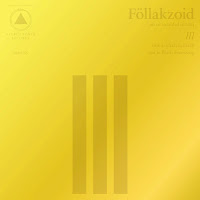 Föllakzoid - III: Ken wrote about these guys back in January, and now that I'm getting a first listen... I don't know how to describe them or this. I find it interesting that we got a new Godspeed You! Black Emperor release at the same time as this, but also comparing the two feels wrong. I don't know. I like it, but this is one that ultimately needs to be heard to be described. Unlike anything else I've listened to as of late. 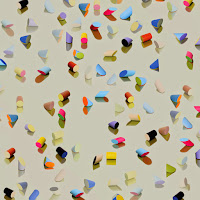 Lower Dens - Escape from Evil: Here's my issue with the new Lower Dens album. It is my first experience with them, and I can see the appeal (I get a real Future Islands vibe from this in many regards), I just feel like the entire thing holds back from start to finish. I expected things to explode, to get the full rush, but it instead feels like a restrained indie rock record that never comes fully around to set it apart. Maybe it's a production issue, maybe it's an intentional choice that just doesn't resonate with me, but this one might be frustrating for listeners looking for something really strong from start to finish. 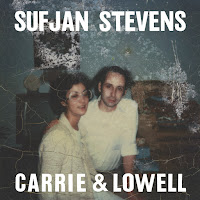 Sufjan Stevens - Carrie and Lowell: There are two ways to discuss the new Sufjan Stevens album. One part is the content, which is arguably Stevens at his most raw, most emotional, most naked. It's a story about his family told in song, and it's probably not easy to sing about or perform or anything like that. In terms of that aspect, this album is a real triumph. On the other hand is the music, which is arguably Stevens's least ambitious musical template in over a decade. Having gotten on board with Illinois and enjoying things like The Age of Adz, this does feel like a step backwards, but it works thematically for a reason, in ways that, say, the Beck acoustic albums do not. I need to spend more time with this, but on first listen, I was kind of underwhelmed. I made the joke on Twitter last night that I may be the only person who both enjoys season 3 of House of Cards but is lukewarm on the new Sufjan record. In this case, though, I do reserve the right to change my mind. 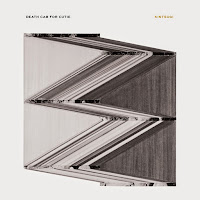 Death Cab for Cutie - Kintsugi: Death Cab's descent into dad rock madness is now complete. It's kind of crazy to think about where this band was as compared to where it is now, and how an album like this can be released and become as instantly forgettable as it is. I really have little nice to say about it, and I should probably just quit while I'm ahead. Skip this unless you're a hardcore fan. 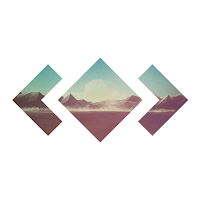 Madeon - Adventure: I became a fan of Madeon following his truly awesome Yelle remixes, and it's great to hear that his musical sensibilities in terms of structure and sound are not lost when its his own music being performed. It sounds definitively different and highly recognizable in comparison to some electronic acts that do have a tendency to sound the same, and this sort of difference sets Madeon apart in a few good ways. If you like electronic music, give this a listen. 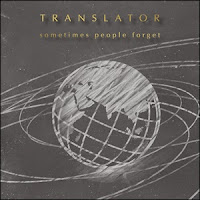 Translator - Sometimes People Forget: I don't know what prompted me to get into Translator however long ago, I assume there was some sort of R.E.M. connection involved, but this is a collection of b-sides/demos that, at least for the first half, is really more for fans of the band than anything else. Toward the end, we start getting some better, more polished stuff, but this is really just a compilation record for existing fans. 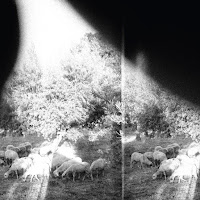 Godspeed You! Black Emperor - Asunder, Sweet and Other Distress: This is Godspeed's first album of truly new material in over a decade, and it's what you expect - difficult, epic, experimental instrumental rock music that you'll probably know if you like it going in. It's perhaps a little more guitar-heavy than past efforts, but it's no matter - it's a fairly brilliant record in its 40 minute, 4 song runtime (not that the songs matter much as individual pieces). Definitely worth a listen if you're into them. 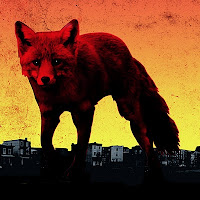 The Prodigy - The Day is My Enemy: First, yes, The Prodigy is still making music. Now that we've gotten that out of the way, it's kind of interesting to think that they've been at this for 20+ years, that Fat of the Land will be 20 in a couple years, and that the electronic landscape has both been so influenced by one album and that it has utterly passed The Prodigy by. That's ultimately what's making me like this album so much, in a way. It's imperfect, yes, and there's a lot here that I could give or take, but we've gotten back around to the point where nothing quite sounds like The Prodigy anymore, and as a result, the album is pretty good. Blog favorites (well, Ken favorites) Sleaford Mods make a great appearance on the album, but Ken told me he couldn't even get to their song he disliked this so much, so perhaps this should be reserved for folks nostalgic about the 15 minutes we all pretended to like electronica in the late 1990s?
Posted by Jeff Raymond at 7:30 AM