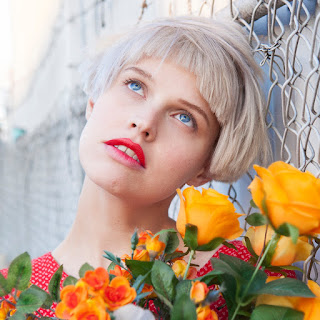 My #8 album this year is Ruby the RabbitFoot's Divorce Party.

When this came out, it felt like a massive departure. We loved her previous album, New as Dew, and the expectation of another solid folky singer-songwriter album was put into question when her cover of Madonna's "Take a Bow" landed, but was completely dashed when "Nicola La" came out ahead of the album. I was skeptical, but wow, this ended up being one of the albums I played the most this year. There's a cool off-center pop sensibility to it while still having the sort of stark, transparent lyrical feel we come to expect from folk music.

I know this got some good blog buzz, and I hope this means bigger things for her in the long term. Still, it's one of the best of this year and has a couple of my favorite songs for 2016 as well. Check it out.

Email ThisBlogThis!Share to TwitterShare to FacebookShare to Pinterest
Labels: best of 2016, Jeff Raymond, jeff's best of 2016, ruby the rabbitfoot