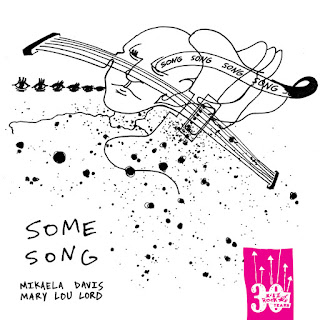 The first one is going to grab us immediately. Any time Mary Lou Lord covers Elliott Smith, we're going to gleefully pay attention. (Just check out her version of "I Figured You Out" to see why.) But then add Mikaela Davis into the mix, and it's impossible not to check this out and love it! The duo's version of "Some Song" is a more fleshed out version of Smith's bare bones original, but any time you can blend Smith's biting words and Lord's lovely vocals, it's a win for all involved.

Mary Lou Lord says of the song: "I first heard 'Some Song' among the many early Elliott songs. I am from Salem, MA, and Halloween has always been a big deal in my hometown. I chose “Some Song” because it’s so haunting, and also very human. I love this song because it’s slow-burning and very intense, and I think it describes a certain human condition of madness and normal. A mask, but one that can be removed or put on at any given time."

You can listen to Mikaela Davis and Mary Lou Lord's version of "Some Song" below. Stars Rock Kill (Rock Stars) will be released single by single throughout the year. Confirmed artists include Mike Watt, Eyelids, Fruit Bats, Califone, MAITA, and more. You can find out more information and pre-order on Kill Rock Stars' Bandcamp.