Robert Finley - "Souled Out on You" 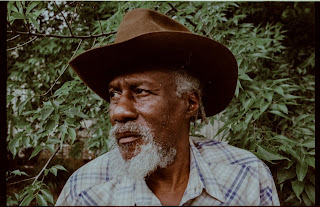 We bring you a lot of neo-soul, but not too much actual soul. Robert Finley has been called "America's greatest living soul singer," and when you hear "Souled Out on You" it's going to be impossible to argue that. An army veteran who grew up in the Jim Crow South, Finley worked as a carpenter until he lost his sight due to glaucoma in his 60's. That is when he started his musical career. "Souled Out on You" is a powerful ballad propelled by Finley's voice. He goes between a falsetto and a deep growl throughout the song. It's impossible not to hear all of Finley's hardships in his voice, and even more impossible not to be completely enraptured by his new song.

“Souled Out On You,” is “the story of a relationship that's ending. It’s about someone who takes on everything in the relationship. All the good and the bad and even after all of that, they notice that it just isn’t going to work out and the relationship has run its course. I took all I could take and I’m starting my life over.”

You can watch the video for "Souled Out on You" below. Sharecropper's Son, which was produced by Dan Auerbach, will be out May 21 on Easy Eye Sound. You can pre-order a copy here. For more on Robert Finley, check out the artist's Twitter and Facebook.