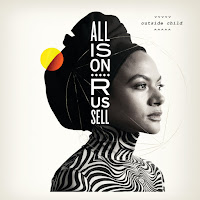 Allison Russell is a Canadian musician who I first heard of through the Our Native Daughters project, but the solo effort here (after working with a few Canadian bands in the past) is such a great listen in spite of its heavy subject matter. Russell has spoken at length about the inspiration for the album coming from the abuse she weathered as a child, but the album strikes a lighter and more optimistic tone in comparison.

I think we're all looking for catharsis these days, and Outside Child is probably an album that epitomizes that concept better than anything else I've listened to as of late. "Persephone," "4th Day Prayer," songs like that all strike the proper balance and make for not only a compelling listen, but an important and enjoyable one - yes, this is a traumatic record about traumatic things, but it is also about the strength and power to overcome those things that leave the deepest of scars.

I came back to this album a lot this year. It's really what we expect from roots music: stories rooted in reality with melodies that linger. This album accomplishes all of that and more.