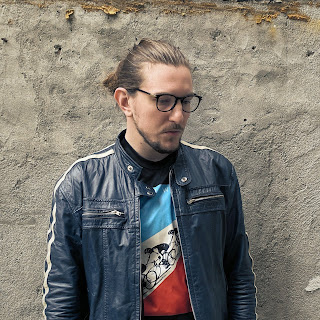 Brooklyn based artist Tacono Gate has released a single perfect for fans of classic artists like Depeche Mode and their more recent like-minded artists like She Wants Revenge. "Goner" is high on the dark wave sound. It's very synth heavy and almost but not quite goth. There is also some earlier New Wave sound and even some 70's classic rock, giving it a little more of a human feel than you would typically associate with the genre. In fact, "Goner" doesn't really sound like anything from this century. The whole thing just feels like three or four decades ago when we are in the midst of the Cold War.

Tacono Gate says of the influences for his new song:

“There's an obvious darkwave influence, but I was also inspired by the big synth sounds and some of the wilder emancipatory energy of Queen a la ‘Radio Ga Ga,’ ‘I Want to Break Free,’ etc. and an Argentinian new-wave band called Virus. There's some post-punk energy, maybe channeling a little Julian Casablancas on the vocals too, and I used the Magnetic Fields' ‘Strange Powers’ as a reference track for some of the overall tonality of the track. It's definitely heavy on the ‘80s, but I think I made something new. I never want it to be derivative even when I'm wearing my influences on my sleeve.”

You can listen to "Goner" below. For more on Tacono Gate, check out the artist on Instagram.