Partner - "Tell You Off" 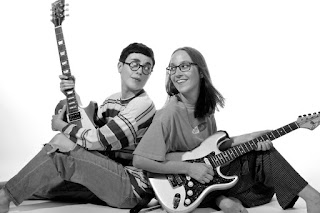 Partner's 2017 album In Search of Lost Time was a surprise hit around here, which is surprising mainly because two middle aged dads aren't exactly the target audience for "Canadian Queer Post Classic Rock." But, we were really into it. Their latest single, "Tell You Off," might be great... but I'm not sure. It's a country song, but an incredibly tongue-in-cheek country song. It reminds me of The Dead Milkmen's one song mocking country (that I can't seem to remember the name of, way to be professional...), but it's maybe not entirely mocking country? It's as twangy as can be with sampled farm animal noises, but it's maybe not fully a novelty song? I'm confused on how to feel with this one, but I'm pretty sure I love it.

You can listen to "Tell You Off" below. Saturday the 14th, the new EP from Partner, will be out April 5 on You've Changed Records. You can pre-order the EP here. For more on Partner, check out their website. Current tour dates are below the song.