First Listen: New Releases for 21 May 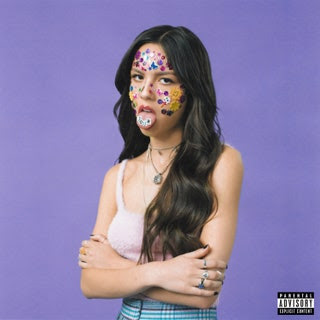 Artist: Olivia Rodrigo
Album: SOUR
Quick Thoughts: The running joke of the moment is that lot of us older folks are looking at this album and saying "crap, we're old." Because we are, and this is a young up-and-coming artist from the Disney starlet factory, and we all loved Billie Eilish and don't want to make it weird, I guess. But this album? Yeah, it's pretty good. I can forgive some questionable production choices (the album sounds somewhat hollow and light at times, and overly compressed at others), but the songwriting is tight and some of these are real bangers. It's a solid pop album from someone who is making music for our children's generation and that's okay. You might not relate to "drivers license," but so what?
Songs of Note: "brutal," "drivers license," "good 4 u" 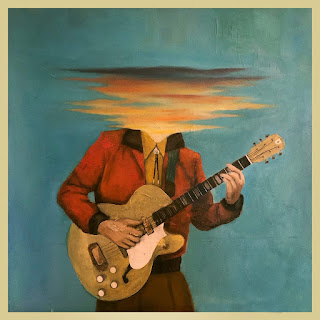 Artist: Lord Huron
Album: Long Lost
Quick Thoughts: This is a really interesting album. It's rootsy folk stuff, but it has an almost conceptual bar music feel to it that gives off an aura of performance alongside the general songs. I liked the experience of this album as much as the music, which is not something I can say very often. You owe it to yourself to check it out.
Songs of Note: "Mine Forever," "Long Lost," "Twenty Long Years" 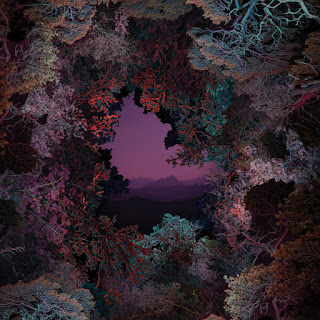 Artist: Claire George
Album: The Land Beyond the Light
Quick Thoughts: I don't remember how I tripped up on Claire George, but this is a debut album worth noting. It's indie electro pop for sure, but holy crap are these songs ones that just trap themselves in your head - I'll be singing "Pink Elephants" all summer. It's a really solid album and one that I think I'll be grooving to for a while, and I think Claire George has the potential to explode on the scene this year.
Songs of Note: "You Don't Feel the Same," "Pink Elephants," "Northern Lights" 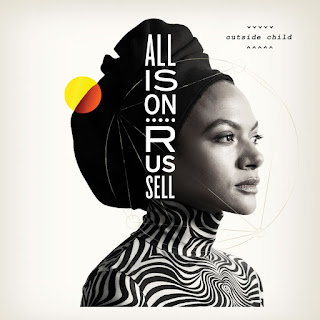 Artist: Allison Russell
Album: Outside Child
Quick Thoughts: Allison Russell is a roots singer from Canada, and I'm officially obsessed. Her songs are really passionate, the instrumentation gorgeous, and this could be your new favorite songwriter if you're into this sort of thing. Not only my favorite album of the week, but easily a favorite of the year up to now.
Songs of Note: "Nightflyer," "Persephone," "The Runner" 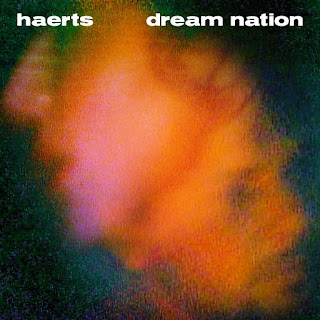 Artist: HAERTS
Album: Dream Nation
Quick Thoughts: I don't know why more people aren't talking about HAERTS. "No One Needs to Know" is an all-time favorite song of mine, and they have a wonderful, accessable sound that should make them super famous. This new album feels a little darker than the bright tones of their previous work on first listen, but it still has songs like "Days Go By" that will not leave my head at all. If you're a fan, congrats, this is great. If you're new, this will almost certainly make you want to check out their back catalog.
Songs of Note: "It's Too Late," "Days Go By" 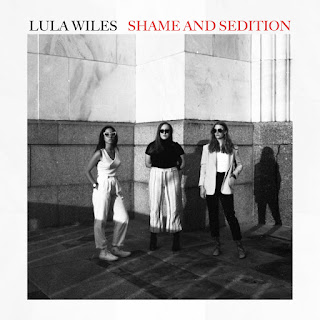 Artist: Lula Wiles
Album: Shame and Sedition
Quick Thoughts: I wanted to highlight this as Ken and I have both become fans of Lula Wiles, and this new album is angry and melodic and strident and stellar. It's great. They're one of the great roots acts of late, and this is an essential album for an essential time.
Songs of Note: "Oh My God," "Mary Anne" 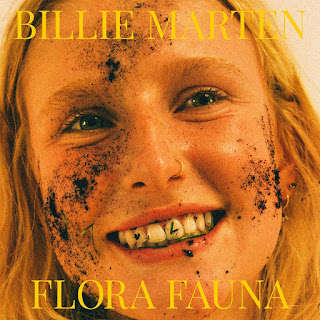 Artist: Billie Marten
Album: Flora Fauna
Quick Thoughts: I'm late to the Billie Marten party, but when I discovered Feeding Seahorses by Hand a few years back, I fell in love with the instrumentation and songwriting. Flora Fauna is the opposite of the act of feeding seahorses. It's instead a messy, chaotic, beautiful record that feels a little darker and less sparse than her previous efforts. It's a jolt to the senses, but it works incredibly well and it was one of the first albums I went back to this week. Definitely worth the time.
Songs of Note: "Walnut," "Creature of Mine"

* Green Heron - Feet on the Floorboards (A lot of great moments in this New England roots record.)
* Gary Numan - Intruder (I guarantee this is better than you think it will be.)
* CHAI - WINK (A lot of fun packed into a 35-minute package.)
* Audrey Nuna - a liquid breakfast
* Reigning Sound - A Little More Time With Reigning Sound
* Georgia Anne Muldrow - VWETO III
* Robert Finley - Sharecropper's Son
* Colleen - The Tunnel and the Clearing
* Mdou Moctar - Afrique Victime
* Holiday Sidewinder - Face of God
* Roddy Woomble - Lo! Soul
* Lydia Ainsworth - Sparkles and Debris
* The Mistons - World of Convenience
* Caliph - Immigrant of the Year
* Bill and the Belles - Happy Again

* The Tragically Hip - Saskadelphia (A release of an early EP from the band.)
* Biig Piig - The Sky is Bleeding (Sleeper release of the week.)
* No Joy - Can My Daughter See Me From Heaven (Beautiful renditions from their previous efforts.)
* Mannequin Pussy - Perfect
* Ducks Ltd. - Get Bleak
* Counting Crows - Butter Miracle Suite One
* Agnes Obel - Live From Brooklyn

* Sa-Roc - The Sharecropper's Daughter (Deluxe Edition) (Deluxe re-release of one of the best rap albums of 2020.)
* clipping. - Wriggle (Expanded) (A reissue of their Sub Pop debut with some remixes.)
* Zara Larsson - Poster Girl (Summer Edition) (Reissue of her previous album with bonus tracks.)
* Gordi - Refracted: Live at Phoenix Central Park