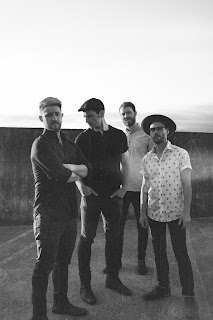 It takes a truly unique artist to take traditional string instruments and make a song that sounds so futuristic. Neo-trad string quartet The Fretless have done this with their latest single. Teaming with Ruth Moody of The Wailin' Jennys on vocals, "Retrograde" doesn't sound like a song made with string instruments. Sure, there are some parts where it's obviously strings, but for the majority of the song "Retrograde" sounds more electronic. It's a huge atmospheric sound that would be at home scoring a film. Moody's vocals add to the feeling of the song, which is interesting since she's normally associated with folk and not electronic music.

Ruth Moody says of the song:

“This one had me singing all over in my range. 'Retrograde' has a mysterious, otherworldly dimension to it, and I think the guys really tapped into that magic with their string arrangement.”

You can listen to "Retrograde" below. Open House is due out October 22 and The Fretless will be releasing a new single each month up until the album's release. For more on The Fretless, check out the artist's website.