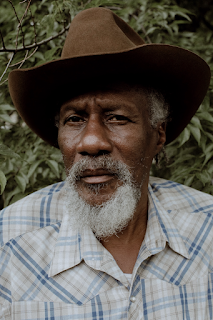 A lot has been made of Robert Finley's backstory, and that's because it's more interesting than 99% of the bands that we cover here. Finley became an overnight soul sensation at the age of sixty seven. At that point, he has lived through a divorce, house fires (yes, plural), and had to give up carpentry due to losing his sight. His latest single, "Sharecropper's Son," is a soul/blues stomper about growing up as the son of sharecroppers. It's about how hard that life was, but it's also a celebration of that life. Despite the accomplished musicians producer Dan Auerbach assembled for the album, the focus is on Finley's vocals. His voice is both weathered and beautiful. He has the kind of voice you can't help but get sucked in by, and why would you ever try to resist it?

Robert Finley says of the song:

“I’m born to tell my story and where I come from. Even though the cotton fields weren’t a pleasant place to be, it was real and a part of my life. I came from the cotton fields to Beverly Hills, and I think it’s a story worth telling. My dad was proud and full of pride growing up. He didn’t want to be seen in the welfare line, so he worked hard in the field and did things his way and would go hunting to bring home food for us.”

You can watch the video for "Sharecropper's Son" below. Sharecropper's Son, the album, is due out May 21 on Easy Eye Sound. You can pre-order/pre-save the album here. For more on Robert Finley, check out the artist's Twitter and Facebook.