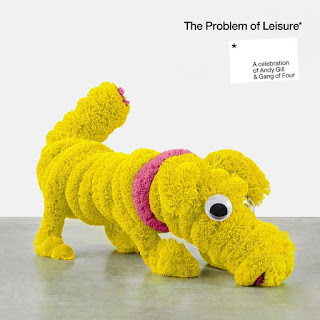 Artist: Various Artists
Album: The Problem of Leisure: A Celebration of Andy Gill and Gang of Four
Quick Thoughts: This isn't a tribute album as much as a collaboration between the late Andy Gill and the artists that came on board to cover their favorite Gang of Four songs. I don't consider myself a connoisseur of Gang of Four, and really only know the big hits (if you can call them that), but this collection is really solid. There are plenty of highlights, but what's most interesting is how well many of these newer acts fit their own sound into the Gang of Four model. The Tom Morello/Serj Tankian one in particular is awesome. Either way, make some time for this no matter where you fall within your Gang of Four fandom.
Songs of Note: "Damaged Goods" (by Idles), "To Hell With Poverty" (by HOTEl), "I Love a Man in a Uniform" (by Herbert Gronemeyer and Alex Silva), "Natural's Not In It" (by Tom Morello and Serj Tankian) 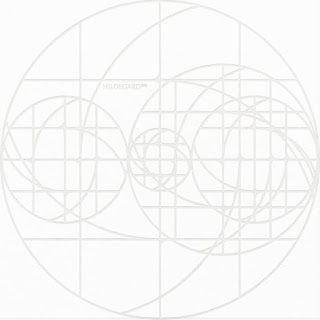 Artist: Hildegard (Helena Deland and Ouri)
Album: Hildegard
Quick Thoughts: This was an unexpected surprise this week. I've become a fan of both Ouri and Helena Deland individually, and this collaboration really brings out the best in both women. The result is a dancey, poppy, accessable listen in a complex and mysterious package. I don't have a ton to say about it, but it's worth your time this week.
Songs of Note: "Jour 3" 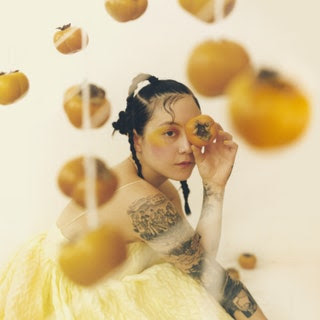 Artist: Japanese Breakfast
Album: Jubilee
Quick Thoughts: I've liked everything Michelle Zauner has put out as Japanese Breakfast, but I didn't expect Jubilee. While it largely retains a lot of the signature shoegazey almost-too-honest songwriting that's put her on the map, this album feels both brighter and more immediate. The first few songs in particular are absolutely killer, and the whole album screams breakout record. Now's your chance to get in on the ground floor.
Songs of Note: "Paprika," "Be Sweet," "Kokomo, IN" 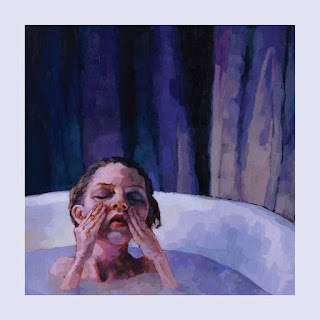 Artist: Tristen
Album: Aquatic Flowers
Quick Thoughts: We're unabashed Tristen fans here, and so it's no surprise that both Ken and I are super into Aquatic Flowers. Recently, Ken noted that the pre-release tracks felt a lot like a combination of her earlier country-tinged work and her more recent pop adventures, and he's spot-on. Tristen sounds like no one else does, and this unique perspective to songwriting sets her apart. Both familiar and new at the same time, this is a true highlight not only for the week, but for the year.
Songs of Note: "Complex," "Athena," "I Need Your Love" 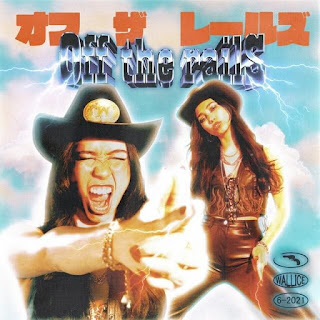 Artist: Wallice
Album: Off the Rails
Quick Thoughts: I don't know how I tripped up on Wallice. I know "Punching Bag" hit a playlist at some point, but this debut EP is one of my favorite listens this week. Wallice does indie rock singer-songwriter storytelling with just a bit of attitude and a ton of fun, and you get the weight of the songs just as much as the skewed perspective you'd expect from a release that looks and sounds like this. You're going to love this if you give it your time, I promise.
Songs of Note: "23," "Off the Rails," "Punching Bag," "Hey Michael" 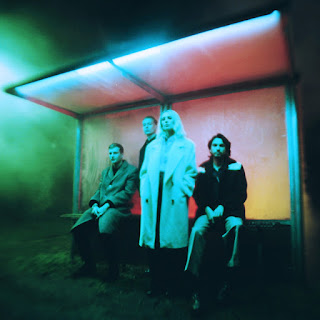 Artist: Wolf Alice
Album: Blue Weekend
Quick Thoughts: Wolf Alice's first album was one of my favorites of 2015, and I had a mixed feeling on the follow-up. Thankfully, thhis long-overdue third effort is the perfect mix of the first two records and finds a band that sounds as confident as they look. It's accessible alt-rock with some indie cred, and I'm really happy that there is so much to love here. They're back!
Songs of Note: "Smile," "Delicious Things" 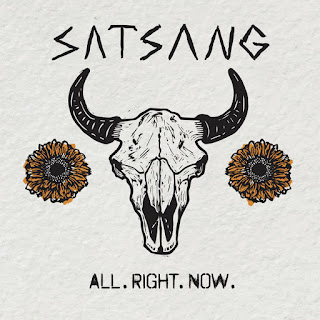 Artist: Satsang
Album: All. Right. Now.
Quick Thoughts: Satsang is an act I know nothing about at all. But this is some roots-tinged singer-songwriter stuff that hit the spot for me. The group has some great folky songs that exist effortlessly alongside songs like the title track that would fit right in with many radio hits today. This is absolutely a dark horse record for me this week, and feels like a band that you might be saying "I remember them when..." in a few years.
Songs of Note: "All. Right. Now.," "Back Around"

* Liz Phair - Soberish (Definitely has its share of moments.)
* Chris Thile - Laysongs (Religious songs with Thile and his mandolin. It's definitely not subtle, but it's still gorgeous.)
* Brad Marino - Looking for Trouble (Don't judge this by its cover art.)
* Crowded House - Dreamers Are Waiting (Better than you expect it to be, I promise. A true highlight this week.)
* Fixions - Singularity
* Hard Nips - Master Cat
* Tthe Fey - Palm Tree Shade
* Pote - A Tenuous Tale of Her
* Loraine James - Reflection
* Turner Cody and the Soldiers of Love - Friends in High Places

* Guster - Ganging Up on the Sun (Expanded) (I listen to "Sorority Tears" and wonder what Elephant Six-tinged Guster could have been...)
* The Avalanches - Since I Left You (20th Anniversary Deluxe Edition)
* Various Artists - And Out Come the Lawsuits (Rancid tribute album.)
* Mike Cooley, Patterson Hood, and Jason Isbell - Live at the Shoals Theatre