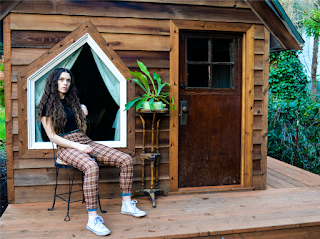 We've been rightfully enamored with Pony Hunt ever since we first started hearing songs from their 2016 album Heart Creek. I grew up on oldies and my favorite music tends to be indie rock and modern folk, so their blend of doo wop meets indie folk and rock is a sweet spot for me. With that, the New Orleans based band's latest single might be the perfect song for me. "That Feelin'" is an impossibly laid back folk song based squarely in doo wop with some indie rock tuned guitars. It's the kind of tune that shouldn't work this well, but Pony Hunt have crafted a virtually perfect song out of these elements. It's gorgeous, and cool, and impossible not to adore.

In a press release, Jessie Antonick of Pony Hunt says of the new song:

"There’s a space between denial and acceptance that feels like a dream world reality. It has a certain kind of feeling—a haze of loss and self induced confusion. Sometimes I just have to jump out of my fantasy and write a song about getting the hell outta there and never coming back."

You can listen to "That Feelin'" below. VAR! is due out July 23 on Wing and Wing. You can pre-order a copy via Bandcamp. For more on Pony Hunt, check out the artist's website.