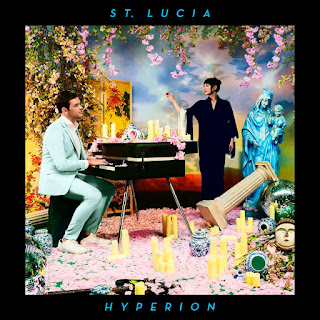 Artist: St. Lucia
Album: Hyperion
Quick Description: Return to form from the light indie poppers.
Why You Should Listen: St. Lucia makes some really gorgeous, fun music.
Overall Thoughts: Their debut? Awesome. Their follow-up? Definite sophomore slump syndrome? This? Very reminiscent of that first album with a number of songs that have an immediate addictive quality. This is an act that sounds like it has found its footing and might have an opportunity to launch into something bigger.
Recommendation: Definitely worth your time this week. 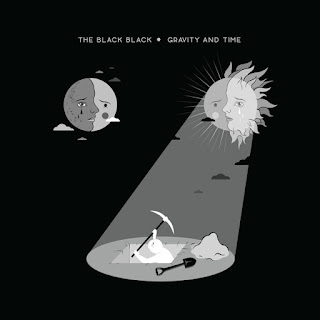 Artist: The Black Black
Album: Gravity and Time
Quick Description: Heavy-yet-light rock and roll music.
Why You Should Listen: They're derivative of all your favorite recent acts.
Overall Thoughts: I think I want to describe this as The Strokes through a filter of early Black Rebel Motorcycle Club, Death From Above, and The Dandy Warhols. I can’t decide if I just like it or if I kind of love it. There is a lot of great stuff here, from the sort of sludgey guitar rock to a more heavier feel.
Recommendation: Worth a listen. 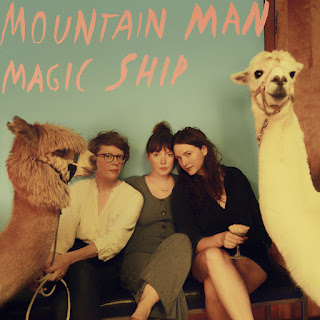 Artist: Mountain Man
Album: Magic Ship
Quick Description: Great roots music.
Why You Should Listen: Everything sounds so pretty!
Overall Thoughts: This act always does beautiful, gorgeous roots stuff that makes you think of some sort of porchside folk circle with rolling hills in the background. It’s maybe a little too perfect in parts, but it doesn’t matter – few acts have such a straightforward setup executed so well.
Recommendation: Can’t go wrong here. 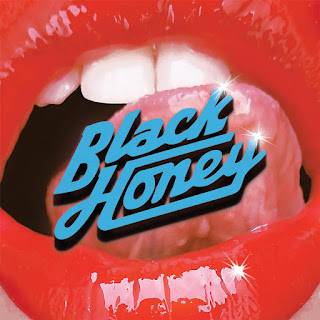 Artist: Black Honey
Album: Black Honey
Quick Description: Some good old fashioned rock and roll. Sort of.
Why You Should Listen: It's going to surprise you.
Overall Thoughts: This is not what you think it is in either direction. Is it fairly direct, hook-laden alt-rock? Yeah, in many ways. But it’s also a lot more serious than you may think by the band name/album cover. I expected to put this more in the area of The Donnas or the like, but that’s unfair – they’re much more a mainstream Dilly Dally or Deap Vally.
Recommendation: Bring some rock into your life. 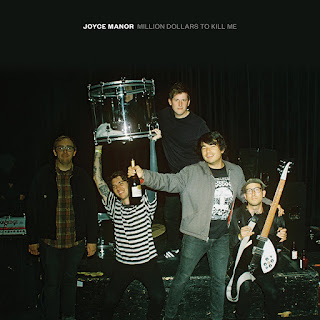 Artist: Joyce Manor
Album: Million Dollars to Kill Me
Quick Description: Power pop!!!!!!11
Why You Should Listen: Joyce Manor will get stuck in your head more than anything else this week.
Overall Thoughts: A week after I bemoan the lack of solid power pop comes Joyce Manor with a barnburner of a record. Over the course of 20-ish minutes, they tear through so many songs and leave no moment wasted. Not a bad time investment anyway, but even if it were? It won’t take long.
Recommendation: Listen to this. 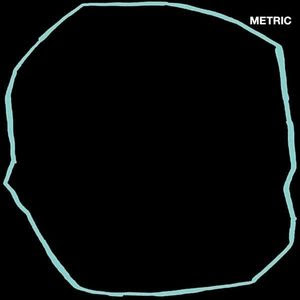 Artist: Metric
Album: Art of Doubt
Quick Description: Longtime Canadian act with their latest.
Why You Should Listen: Metric has been consistent for a while now.
Overall Thoughts: Metric is reaching that sort of territory, 15+ years in in, where their records have reached a bit of a groove. Many will say that they haven’t come back to their heights earlier this decade, but this album may be my favorite from them since Fantasies. Plenty of hooks, plenty of interesting songs, and it’s one of the better releases of the week.
Recommendation: Listen to this, too. 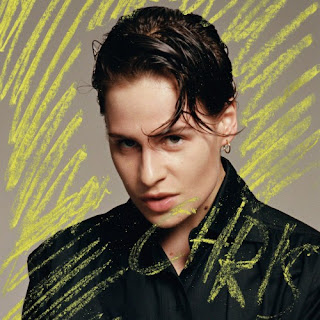 * Supersuckers - Suck It (Fairly silly but fun punk)
* Adam’s House Cat - Town Burned Down (Early Patterson Hood project, definitely sounds of early No Depression alt-country, and it works beautifully)
* Sha La Das - Love on the Wind (Some Dap Kings take us on a musical journey of the second half of the 20th century)
* Lupe Fiasco - DROGAS WAVE(Woke before most modern rappers, this feels like a return to form)
* 27: The Most Perfect Album (Indie acts sing about the United States Constitution for Radiolab's More Perfect)
* Prince - Piano and a Microphone 1983
* Thalia Zedek Band - Fighting Season
* Ben Pirani - How Do I Talk to My Brother?
* Lonnie Holley - MITH
* Ryan Hemsworth - Elsewhere
* Mutual Benefit - Thunder Follows the Light

* Liars - Titles With the Word Fountain
* Advance Base - Animal Companionship
* (The London) Suede - The Blue Hour
Posted by Jeff Raymond at 7:54 PM