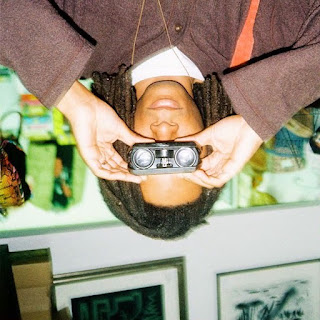 Lutalo is the musical project of multi-instrumentalist and producer Lutalo Jones. They grew up in Minnesota and started playing music in an African drumming class as a child. They also discovered music through their father's love of hip hop, Bossanova, and jazz. After spending time in New York City, Lutalo now lives in Vermont alongside family with the intention of building a small community together.

Lutalo's music doesn't seem to sound much like anything you'd expect from their past, until it suddenly clicks and it does. "Little Chance" is almost a folk song, but not quite. It has more of a singer-songwriter sound, albeit a very slickly produced lo-fi version. It's this sound over what could be quiet hip hop beats that gives a song like "Little Chance" such a unique sound. There aren't many almost folk, lo-fi singer-songwriter songs with hip hop beats out there.

Lutalo says of their new song:

“Broadly the concept speaks of how we as people treat each other and how some hold others almost hostage. But it’s mainly about a decaying relationship in which one person is very clearly wanting to get out of the relationship whilst the other still desperately clings onto the hope that saying ‘I love you’ is enough to convince their partner to stay with them.”

You can watch the video for "Little Chance" below. Once Now, Then Again is due out June 10. For more on Lutalo, check out the artist on Twitter and Instagram.