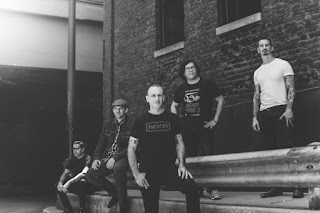 I can guarantee that you're not expecting what the newest single from Screeching Weasel sounds like. "Just Another Fool" does sound like the classic punk band, but it's a very different version. This might be the most pop Screeching Weasel has ever sounded like. Although it's still a lot edgier than what you expect pop punk to sound like, but this is Screeching Weasel going as far pop as they've gone before. Ben Weasel has his trademark venom in his vocals, but the addition of Weasel's ten year old son Joe (Joe Weasel?) on keyboards that adds a new, unexpected texture to the song.

"Sit down at the piano or with the guitar, start playing and see what happens. It's never a bad idea. That's what I did with 'Just Another Fool.' I knew what the song was about, so it was just a matter of turning a bitter recrimination into a two and a half minute song. The chord progression and melody on the verse sets an angsty tone and builds to the release of the shouted chorus. Resentment, torment, anguish; lather, rinse, repeat. I enlisted my ten year-old son Joe to play the keyboard parts. He did such a good job we hired him to play keys on a few other songs on the album too."

You can listen to "Just Another Fool" below. The Awful Disclosures of Screeching Weasel is due out July 15 on Rum Bar Records, and can be pre-ordered on Bandcamp. For more on Screeching Weasel, check out the band's website.