The good thing about doing this weekly new release update is that it has forced me to expand my musical horizons somewhat. My first two highlights for this week are bands I would likely have never taken a real look at otherwise, and the rest of this week's releases aren't bad, either. Let's get right to it. 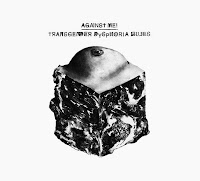 Against Me! - Transgender Dysphoria Blues: It's impossible to really talk about the newest release from Against Me! without talking about the circumstances surrounding lead singer Laura Jane Grace, who transitioned/is transitioning from male to female after coming out as transgender in 2012. The album's title, as well as many of the song titles if not most of the songs themselves, deal with this new reality for Grace, and as someone who a) was not an Against Me! listener previously and b) probably wouldn't have given this album a second look were it not for the circumstances surrounding the album (chances are if you read any music press, you're aware of the album and Grace's life changes), the album is pretty great. It's a pretty rocking album from start to finish, and it's got me curious enough to look back a bit into their catalog and see what else there is. A pretty great release for the beginning of the year. 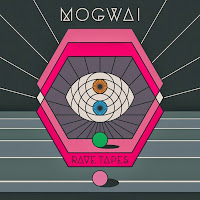 Mogwai - Rave Tapes: Mogwai is a band I've been aware of for a long time, but never really bothered with. I think I've always put them in the Godspeed You! Black Emperor camp even though I'm pretty sure they don't belong there. Regardless, I'm not always into instrumental rock, but Mogwai works fairly well for me in terms of what they do. This is a truly interesting record with a lot of good things going on in it that make me want to not only go back and listen again sooner rather than later, but to check out their back catalog that I'm now woefully, woefully behind on. Definitely worth a shot if post-rock instrumentals are your thing. 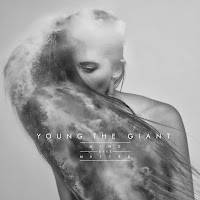 Young the Giant - Mind Over Matter: This is really their second album? That's it? I enjoyed their first album enough, and the second feels like more of the same for me, and that's not a bad thing. You may not find a ton of solid individual songs on first listen, but you will find a pretty good experience overall in terms of an interesting sounding indie rock band. Definitely worth a listen. 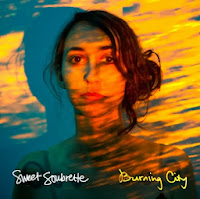 Sweet Soubrette - Burning City: Sweet Soubrette is the first of a few female singer-songwriter albums out this week, this is the one I heard and that I enjoyed. This is a little darker than you might think, but it's also still pretty solid. I honestly don't have a ton to say about it except that it feels very familiar, if that makes any sense. 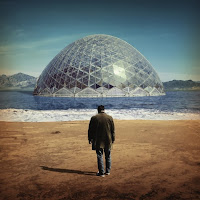 Damien Jurado - Brothers and Sisters of the Eternal Son: A friend turned me on to Damien Jurado for his last album, Mariquopa. I expected a sort of singer-songwriter folk thing, but he's a lot more than that. He knows how to add just enough of a rock thing to go along with the folk sensibility that listening to his albums feel like less of an experience and more of an adventure. The new album is no different in that regard, with a lot of interesting soundscapes and some memorable songs to boot. This is one I'm pretty sure will be in rotation for a while, if not an end-of-year favorite if this ends up sticking with me.

* Silver Mt. Zion - Fuck Off Get Free We Pour Light on Everything
* Elizabeth and the Catapult - Like It Never Happened
Posted by Jeff Raymond at 7:30 AM