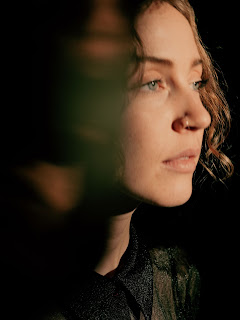 Vancouver's Sam Lynch has crafted a song that is beautiful in its simplicity. "Keeping Time" is a hypnotic folk-adjacent song. It starts off more folky, in a kind of dream pop kind of way. Even from the very start, the focus of "Keeping Time" is Lynch's voice, which is beautiful in a way that is unique and traditional. As the music starts picking up, it travels in the same way: unique and traditional. Slowly it builds and builds into a swirling near crescendo. It's the kind of song that could easily fade into the background until it just grabs you unexpectedly and sears itself into your consciousness.

Sam Lynch says of the song: “I started writing this song in a busy place that I wanted to escape from. I realized that I had started to organize my memories by holding on to the biggest, most impactful moments, which often ended up being the heaviest, generally painful instances, and categorizing everything around that,” Lynch said. “For the video, I wanted to try to capture feelings of both confinement and freedom—stillness and stagnation, set against motion and release.”

You can watch the video for "Keeping Time" below. Little Disappearance, the new release from Sam Lynch, is out now via Birthday Cake. For more on Sam Lynch, check out the artist's website.