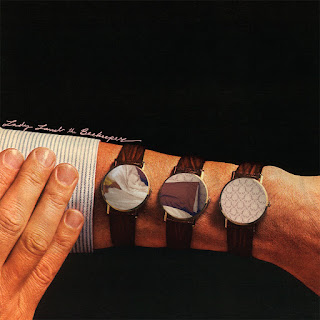 I’m actually glad I waited a few months before reviewing the first studio album from Lady Lamb the Beekeeper. We’ve all had the experience of losing our minds over a new album after a listen or two, only to have second thoughts and a little embarrassment over your initial freak out. However, that is not the case with Ripley Pine. I adore this album as much as I did when it first came out in February and still proclaim it to be the album of the decade.

At first I was disappointed to see that Ripely Pine had a few of the same songs as Lady Lamb the Beekeeper’s previous album, Mammoth Swoon. After listening, it was like Mammoth Swoon was the equivalent of being handed acoustic demos of Abbey Road and accepting it as a complete album, only to be sideswiped when the true album came out. The most fantastic thing about Ripely Pine is how surprising the arrangements are. There are complete tempo and style changes throughout just about every song, right up until you start to expect it, and then the stripped down acoustic “” comes along just to make sure you know you have no idea. The album flows seamlessly from banjo songs like “Regarding Ascending the Stairs” to the more orchestral “You Are the Apple” into the almost straightforward rock of “Mezzanine.” My personal favorite track, “Crane Your Neck,” seems like a solo acoustic female singer/songwriter track that we’ve all heard roughly a million times before (not that it wouldn’t be a completely fantastic version of one if that’s all it was), until right around the four minute mark, when it becomes a danceable indie rock track. And then it switches two more times after that. It’s a truly original album I haven’t been this excited about since the first time I heard In the Aeroplane Over the Sea. Yes, I know that is indie rock heresy, but I will stand behind it.

Please check out Lady Lamb the Beekeeper's website, Facebook, and please check out her current tour dates and the official video for "The Nothing Part II" below.