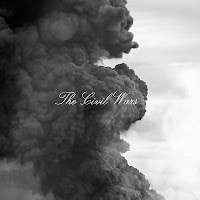 The Civil Wars - The Civil Wars: This could probably be considered the most anticipated album of the summer period. The internal strife between the duo is not only well-known, but has become a selling point for the album, and the themes of loss and regret and sadness are obvious throughout. "The One That Got Away," the lead single, is probably a solid example of both the mood and the breadth of what's going on in this effort. I hope that, whatever it is driving the duo apart, things get sorted out, both on a human level and on a musical one, as this is a very solid piece of music from start to finish, meeting what are incredibly high expectations. 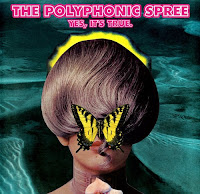 The Polyphonic Spree - Yes, It's True: It's been a pretty long time since we heard from The Polyphonic Spree, and even then, they were more than a little all over the place in terms of quality and musical excitement. I loved their cover of "Lithium," but it's been a while since I've really liked what they've been doing. Is Yes, It's True a return to form? I don't know if I can say that, but I can say that it's the first time in a long time that their music has evoked similar feelings to what their debut album did. There's nothing immediate the way "Soldier Girl" or "Reach for the Sun" were, but it's a really interesting effort that will likely stay in rotation for me for a while. 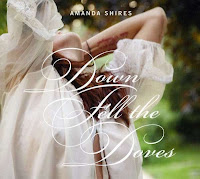 Amanda Shires - Down Fell the Doves: Amanda Shires, especially with her two previous albums, became someone I really enjoyed. It's folksy and rootsy while still having some more popular sensibilities. Down Fell the Doves, in a way, is a departure from what I've come to love about Shires, and, while I'm not saying that's a bad thing, I'm not 100% ready to declare it a good one, either. It's definitely a more complicated record, and it's more evocative of her earlier album Being Brave, but with more maturity. I only learned recently that she was involved in Jason Isbell's 400 unit, and is married to Isbell, and it's hard not to hear his influence here and there, but that might more be my own biases seeping in than anything else. Definitely an interesting album, but I'm not sold on it just yet. 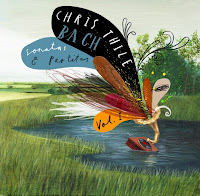 Chris Thile - Bach: Sonatas and Partitas, Volume 1: I initially went to college as a music major, so I heard a lot of Bach. Never heard it on a mandolin, though. Chris Thile of Nickel Creek and Punch Brothers, however, has chosen to do a recording of Bach pieces arranged for mandolin, and it's interesting. Certainly inspired in part by the Goat Rodeo Sessions he did with Yo-Yo Ma, this is an interesting curiosity made more interesting because of Thile's overall history and interest in pushing the boundaries of bluegrass instruments. While I don't picture this as something I will pull out and listen to on a regular basis, it's certainly an interesting work that deserves a listen just to see how he pulls it off. It's quite beautiful in a number of ways. 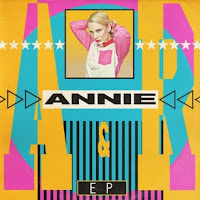 Annie - The A&R EP: I have a huge soft spot for European pop music, and while most of the people I know who share it tend to go for Robyn, I'll take Annie any day of the week. Her two albums are nearly perfect, I must have listened to "Chewing Gum" on repeat for ages, and her "comeback" EP is out. Co-produced by Richard X, it's a really straightforward electronic music EP, which feels new and fresh while not succumbing to the dubstep trends currently infecting dance floors all over. It's not for everybody, but if her ode to Ralph Macchio doesn't do it for you, I'd question your soul.


Other releases of interest:

* Explosions in the Sky & David Wingo - Prince Avalance Original Soundtrack
Posted by Jeff Raymond at 7:45 AM