A ridiculous amount of music came out this week, so let's not waste any time. 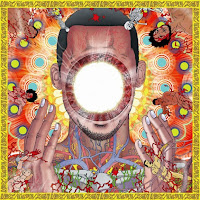 Flying Lotus - You're Dead!: This is my first exposure to Flying Lotus and his brand of electronic jazz/hip-hop. It's not an album I feel like I can give a fair shake to, as it's way outside my areas of knowledge and typical listening, but I will say that I was grooving at a number of points during my initial listen. It's worth tossing in your rotation just to see what the fuss is about. 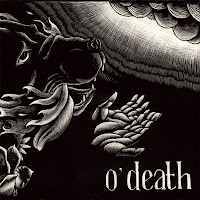 O'Death - Out of Hands We Go: O'Death's third full length album continues to send them along the trajectory of this gothic-style alt-country that they do so well. Filled with a number of memorable songs and providing a bit of a unique atmosphere, this is an album that sounds unlike anything I've heard as of late, and really fits in well with a lot of what we tend to highlight here. Definitely worth a listen. 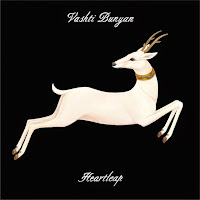 Vashti Bunyan - Heartleap: I remember when Vashti Bunyan's second album came out and how much of a surprise it was to many. A long-forgotten folk artist that came back into some sort of popularity with the rise of the indie folk movement, Heartleap is said to be her final album and continues along the same, meticulous, stark lines of her previous work. Essential if you enjoy folk music in any form, if only because of where she came from and who she has influenced. 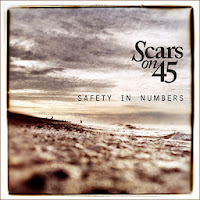 Scars on 45 - Safety in Numbers: Scars on 45 had a debut album that I really loved. While it didn't forge much new ground, there's a place for the alt-pop rock in the canon, for sure, and Scars on 45 absolutely delivered. The follow-up album, with that in mind, is a massive disappointment, trading catchy hooks for what feels like the same tired radio retreads they did such a good job avoiding on their debut. A supreme step backwards for the group on a whole, you're better off skipping this. 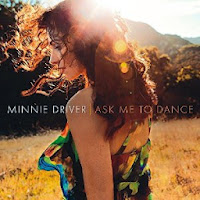 Minnie Driver - Ask Me To Dance: Minnie Driver releases a new album of cover songs this week, her first album of music in quite some time. I actually liked her previous album and find her voice to be pleasant, as well as her take on many different songs (ranging from The Cure to Stevie Wonder) to be interesting. It's always a crapshoot when actors go into music (and vice-versa, for that matter), and Driver's music is inoffensive enough where it may not stir you up much, but I enjoyed this for what it was completely. 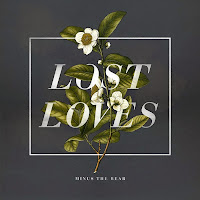 Minus the Bear - Lost Loves: I only recently got turned onto Minus the Bear, and was surprised that this post-punk-style indie rock album felt so uneven at points. It turns out that it's an album of extras from their first few albums, which explains a lot. The compilation is pretty solid without that information, and becomes all the more impressive knowing the details of what it represents. Minus the Bear probably deserves more attention than they've been getting as of late, so check this one out. 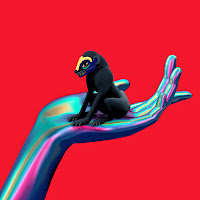 SBTRKT - Wonder Where We'll Land: SBTRKT (pronounced "subtract") is an electronic artist best known for his hip-hop remixes, and this album feels, in a lot of ways, like many of the electronic hip-hop albums of the electronica era back in the 1990s, with the rap elements being secondary to the electronic pieces. The guest list on this is impressive, and while it's a little longer than it needs to be and doesn't always work, it's a pretty solid achievement in and of itself, and worth a listen. 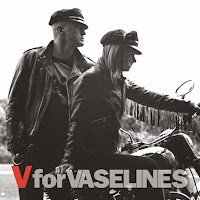 The Vaselines - V for Vaselines: After being dormant for something like 20 years, The Vaselines have now released two albums in a relatively quick succession. Sex With an X was awesome, this one is... not so much. It's a little more plodding at points, but when the songs feel like those classic Vaselines songs we've come to know and love, there's not much better out there. It's a step backward, but not a massive one. 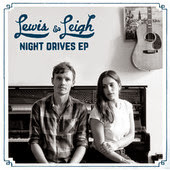 Lewis and Leigh - Night Drives: This was a surprise release for me. Having been a fan of Alva Lewis in the past, this new EP from the London-based duo is, somewhat ironically, the purest form of Americana I've heard in some time. It's a solid, quick hit of four good songs that really just tease me into hoping there will be more coming from the two of them in the future. Highly recommended. 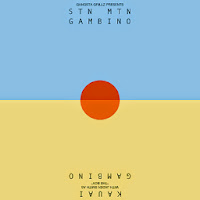 Childish Gambino - Kauai/STN MTN: Childish Gambino put out two pieces this week. I haven't listened to the STN MTN mixtape yet, although it's a free download off his website right now. As for Kauai, Ken found it to be boring but I found it to not be what I expected, but still having some good moments. It's clear that Glover is still trying to figure out the balance in his performing, and we all get to go along for the ride. His EPs and mixtapes have traditionally been the experimental grounds on these attempts, so, at the very least, he's left me interested in what comes next. 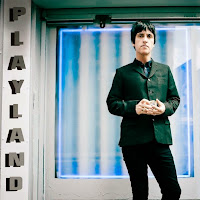 Johnny Marr - Playland: Who would have thought that my favorite things to come out of Johnny Marr would be his solo work. After The Messenger ended up impressing me more than I expected, I had forgotten how much I ended up liking it by the time Playland hit, and it turns out that it's more of the same quality pop rock coming from the former Smiths guitarist. In a time where Morrissey is really becoming a caricature of himself, it's interesting to see how Marr has, after some time with Modest Mouse and working on other projects, has translated it into some interesting rock music. Definitely worth a listen, but may be jarring to Smiths fans. 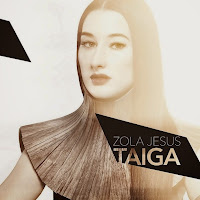 Zola Jesus - Taiga: I've spent a decent amount of time talking about the "dark" pop that we've seen, and Zola Jesus brings a more independent angle to that trend on her third, and arguably best, full-length. It's a solid album from start to finish, with equal parts accessible and challenging throughout. I'm not sure if she'll ever get the fame she deserves at this rate with how difficult some songs are in comparison to the stuff she's up against, but this is an album you need to give a shot. 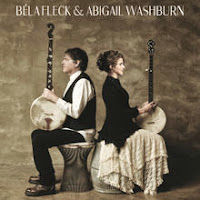 Bela Fleck and Abigail Washburn - Bela Fleck and Abigail Washburn: One of the best banjo players going right now with one of my favorite Americana singer-songwriters? Sign me up. A long-overdue album, the two of them perform really well together and offer a mix of classic songs and some new takes. I first saw Bela Fleck close to 20 years ago when he toured with Dave Matthews Band, and it's great that his progressive-bluegrass-style play mixes so well with the more traditional stuff Washburn plays. Easily my favorite album of the week, and a must hear for fans of this blog, especially the opener, "Railroad." 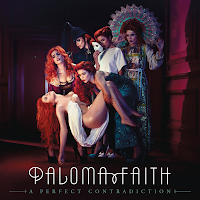 Paloma Faith - Perfect Contradiction: Retro songstress Paloma Faith is back with another solid album, finally being released in the United States after a long delay and filled with songs that make you think they're takes on other things and yet still feel fresh and new. I enjoyed this for what it was, and I get that it won't be everyone's cup of tea (that the leadoff track feels like it's trying to be "Blurred Lines" was initally jarring, and that Pharrell Williams produced it is not a shock), but it's worth a shot in any regard. 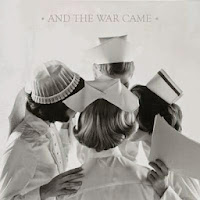 Shakey Graves - And the War Came: Ken turned me onto this one and it came as a total and complete surprise how much I like it. A sort of stilted folk-type album, it has a lot of very strong moments throughout, especially the handful of tracks featuring Esme Patterson. In a crowded week, this isn't getting as much attention as I feel it should, but I recommend trying to find a place in your rotation for it. 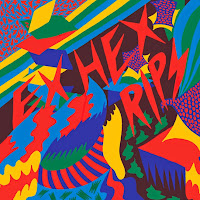 Ex Hex - Rips: Finally, a full album from Mary Timony's (Helium, Wild Flag) new band. This feels like a clean punk album in many regards, and it's pretty much exactly what I hoped it would sound like and it works from start to finish. Truly, you're going to know if you're going to like it from the first moment, it's rock without any real pretense to it. Well done. 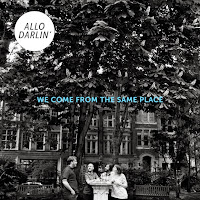 Allo Darlin' - We Come From the Same Place: Allo Darlin' is a band that is associated with musicians I love and sound like bands I adore, but I've never really been able to get into them fully. This new album seeks to change that a bit, as it's a very solid piece of work from start to finish, feeling very cohesive and sounding like it's all figured out. If it weren't for the Fleck/Washburn album, this would likely be my favorite of the week. If you like Belle and Sebastian, appreciate Darren Hayman's style, or miss the sort of twee pop of a decade ago, listen to this right away. 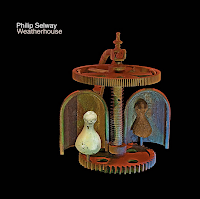 Philip Selway - Weather House: While Thom Yorke and Radiohead are Spotify-phobes, drummer Philip Selway apparently doesn't have that same problem, as Weather House is available for a listen. I've liked his solo stuff in the past, and this is no different, being a bit of an electronic Elbow-sounding affair. A pleasant palate cleanser for the busy week, in any regard.

* Weezer - Everything Will Be Alright In the End (Ken covered this in depth yesterday.)
* The Dead Milkmen - Pretty Music for Pretty People
* Dinosaur Feathers - Control
Posted by Jeff Raymond at 7:30 AM